We didn’t think it was possible to cry as much as we did during the Feb. 23 episode of CMT’s “Nashville,” when we watched the hit series’ most dominant character, Rayna Jaymes, pass away from injuries sustained in a car accident the week before. Surrounded by friends and family, Rayna drifted in and out of a drug-induced haze until she slipped away surrounded by husband Deacon and daughters Maddie and Daphne singing her to heaven.

But as the Mar. 2 episode opened with Deacon reciting “Funeral’s Blues” by W.H. Auden and stormy skies pouring rain down on the mourners, the tears began to flow — again. And they didn’t stop for the entire episode. Line of the night? “It’s like the sky is crying, too” – Scarlett O’Connor.

There was no showing of Rayna Jaymes’ ghost, a storyline Connie Britton hinted at during numerous daytime television appearances leading up to the episode. Instead, there was a custody battle for Maddie and Daphne between Deacon, Rayna’s ex-husband Teddy, and her sister Tandy. There was also a crisis of conscience for Juliette Barnes as she fought for a performance slot at Rayna’s tribute during the faux CMT Awards and then realized she wasn’t the right person for the job.

Julietter ended up asking Maddie to fill in for her. And she almost nails “Sanctuary” before she turns around to see images of her mother projected on a screen behind her. That’s when we couldn’t stop the big, sobby, wracking your body with convulsions tears. Of course, Deacon and Daphne sprang to action to come to her aid and to finish the song, and it almost looks like things will end happily ever after when Teddy admits to Deacon afterward that the girls should stay with him.

Oh, rest assured “Nashville” fans, from the looks of the promos for next week’s episode, plenty of drama lies ahead, but for now, we can continue recovering from the loss of Rayna. 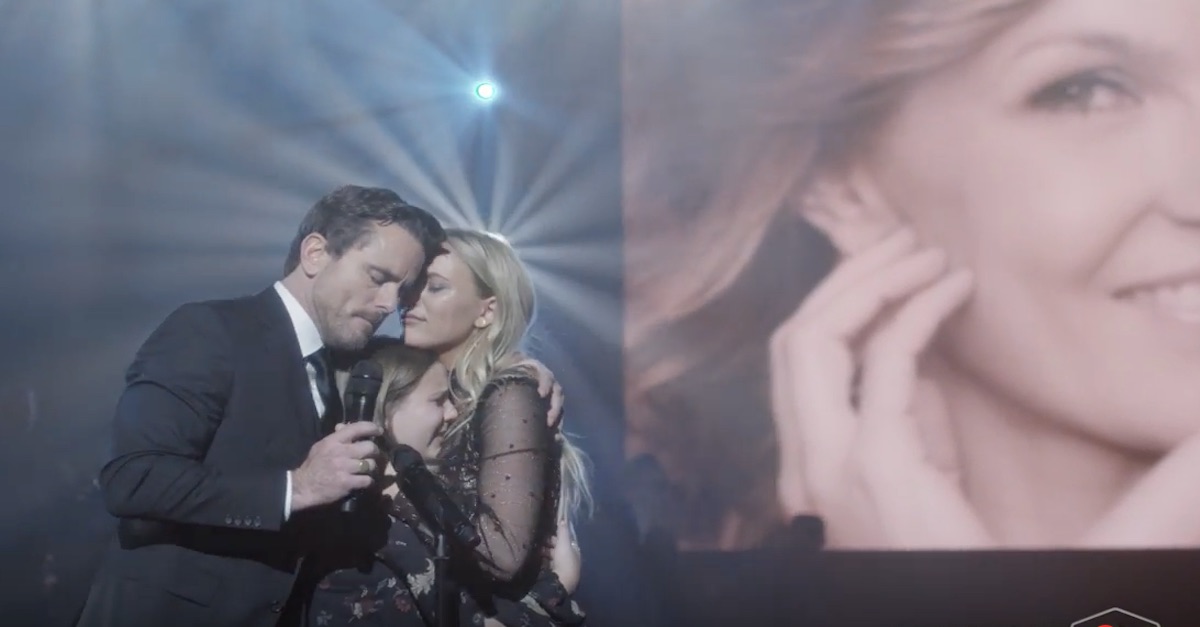