Nearly 15 years after Alan Jackson first sang his 9/11 tribute song, “Where Were You (When the World Stopped Turning),” we still can’t forget that moment. The lyrics all captured the helplessness and fear we all felt on that day while giving us a glimmer of hope to carry on.

Alan’s performance was part of the 2001 CMA Awards, which came just weeks after the 9/11 attacks.

RELATED: In a crazy world, Alan Jackson’s voice can always give us comfort

Now, that performance is being celebrated in a brand-new exhibit at the Rock and Roll Hall of Fame in Cleveland titled “Louder than Music: Rock, Power & Politics.” The Jim Triggs guitar Alan played for that performance is on display along with items from music icons such as Bob Dylan, John Lennon, Aretha Franklin and Bruce Springsteen.

The black acoustic guitar is a little beaten up with an American flag painted on the body below the strings. After the display at the Rock and Roll Hall of Fame wraps up over Thanksgiving weekend, the guitar and the rest of the exhibit will be transferred to The Newseum in Washington, D.C. That display will launch in the nation’s capitol just a week before next year’s Presidential inauguration. 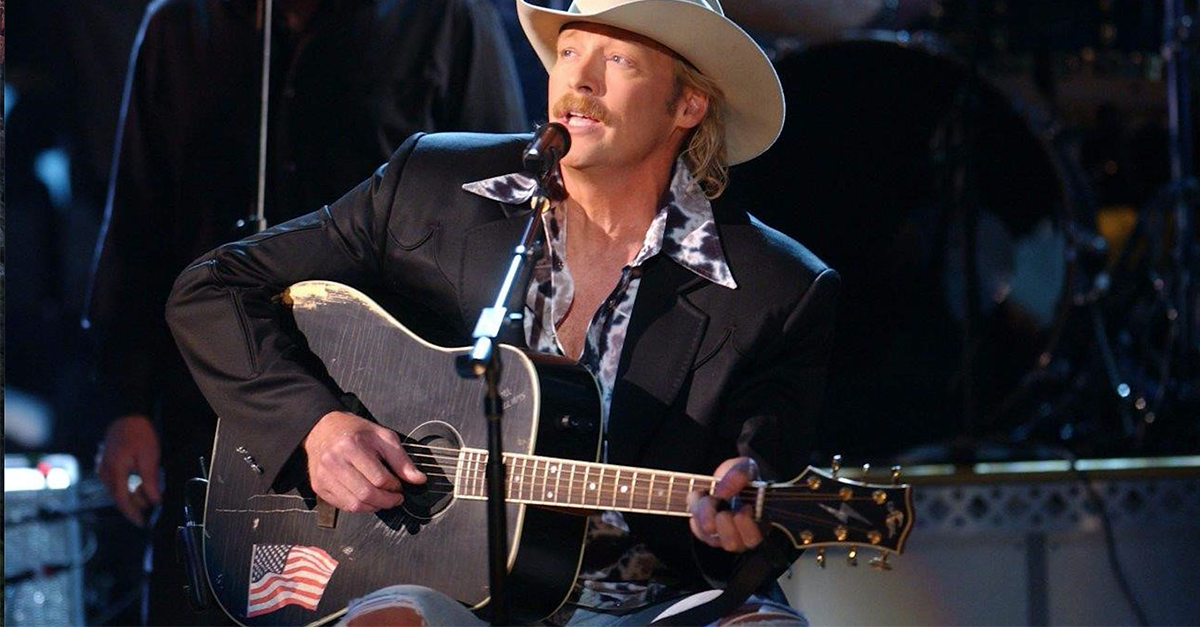