When country music lovers think about Luke Bryan, several things come to mind — his fun party anthems and heart-melting ballads, his southern manners and drawl, his high-energy, booty shakin’ shows and hilarious sense of humor, and that smile that is brighter than the sun.

In fact, it’s hard to think of anyone else that has a smile that compares to Luke’s, but on Sept. 15 at the Toyota Amphitheater in California, the country star may have met his match when he hopped off the stage to grab a selfie with 11-year-old Gracie Gonzalez.

Now Gracie could have just been flashing a million dollar smile because she was meeting her favorite country star, but the medical mask she holds in her hand says there’s more to the story. And in another photo taken backstage during Luke’s meet and greet confirms that.

Caught up in a big bear hug from the country music superstar, Gracie is holding a clever poster that explains, “Luke-kemia can’t stop me from meeting my Luke.” The absolute cutie-patootie had been sprung from the hospital, where she is receiving treatments for acute lymphoblastic leukemia (ALL), for a much-needed night of fun.

It looks like that mission was accomplished, and photos of the pair of blinding smiles have spread across social media like wildfire. In fact, a whole squad of Luke Bryan fans have started a GoFundMe page to raise money for sweet Gracie. Appropriately named “Shake It for Gracie,” the fans have a goal of collecting a modest $500 for their fellow Luke lover – just enough to get more concert tickets! There’s also a family GoFundMe page to help with medical expenses.

Special thanks to Sarah (@luke_bryan_fan_2013) for sharing her photos and for helping us with details on sweet Gracie!

And Rare Country sends a truckload of warm thoughts, positive energy and prayers to this precious girl and her family. We can’t wait to see pictures of a healthy Gracie shaking it for Luke. 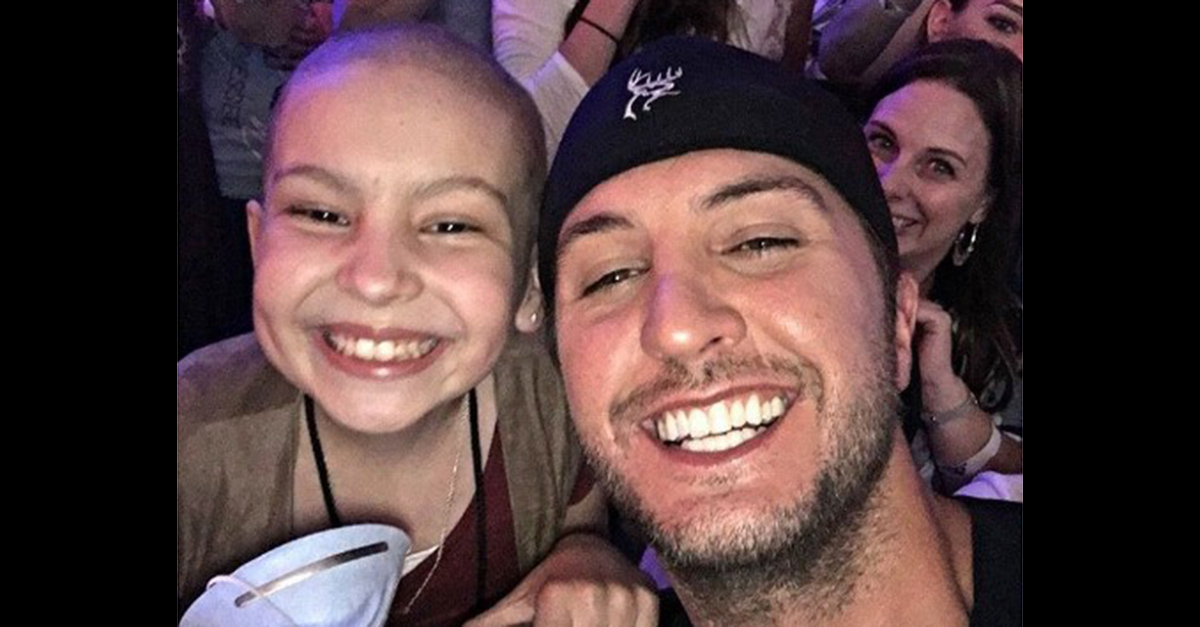