If you’re a longtime country music fan, you likely remember outlaw rebel Travis Tritt. Half Harley and half honky-tonk, Travis was often decked out in black leather pants, conchos and black pirate shirts, with his super long chocolatey hair falling well past his shoulders. The growl in his voice matched his look and his rockin’, edgy brand of country. He was “T-R-O-U-B-L-E.” When he and pal Marty Stuart partnered up for a musical collaboration, well, a party was going to break out. Not just maybe, it was definitely going to happen.

It’s been a few years since Travis hit the stage in his leathers and since marrying Theresa Nelson in 1997 and starting a family of their own, things have changed a bit.

Now, Travis and Theresa have three children — 18-year-old daughter Tyler Reese, 17-year-old son Tristan James and 13-year-old son Tarian Nathanial. But, it looks like at least one of his kids is following in Daddy’s footsteps.

A few years back, Travis, sporting shorter hair, took Tyler into the studio to record a cover of the Patty Smyth and Don Henley duet, “Sometimes Love Just Ain’t Enough. The doe-eyed teen was incredible! Her sweet soprano and her daddy’s gritty drawl give the song great depth and texture. But, as stunning as their recording is, it’s the look on Travis’ face that hits us right in the heart. That’s what a proud father looks like.

RELATED: Watch the Travis Tritt video that reunited Glenn Frey and the Eagles back in the ’90s

Tyler has gone out on the road with her dad and performed the song live, and it sounds just as remarkable as he studio version. You can check out one of those performances below:

Next up for Travis? He’ll be performing at Charlie Daniels’ Volunteer Jam on Nov. 30 at Nashville’s Bridgestone Arena — fingers crossed that Tyler joins him onstage. 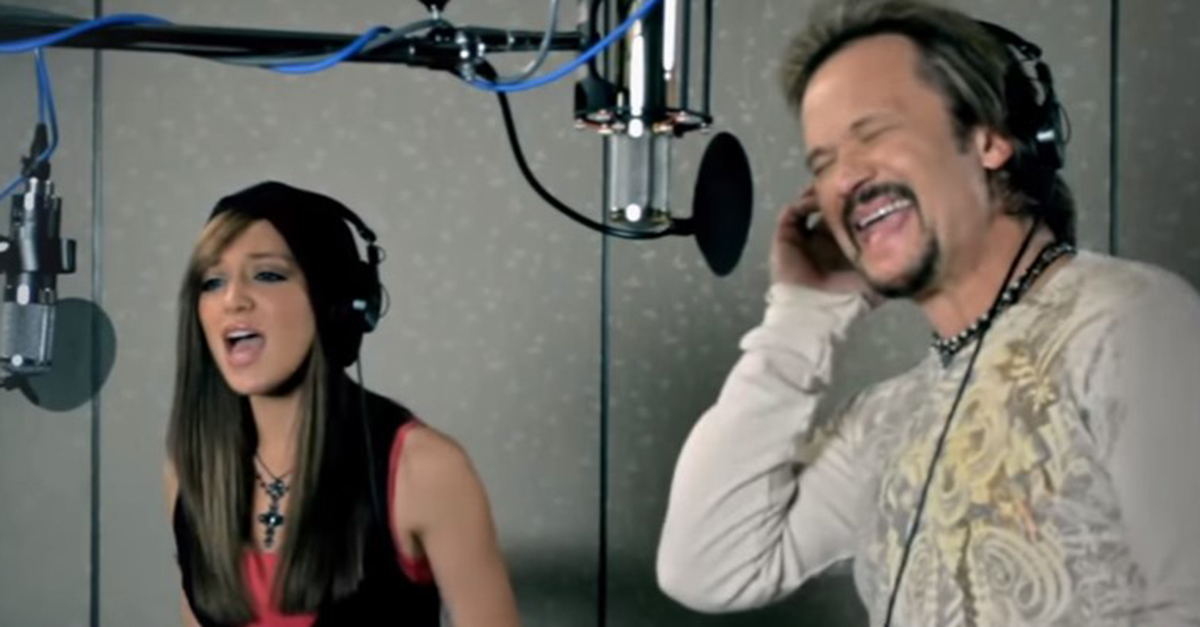