Scotty McCreery’s latest song, “Five More Minutes,” is proof that a good song can take on different meanings over the course of time. That’s exactly what happened to Scotty when he sang the song at the Grand Ole Opry on Oct. 26.

That same day, Scotty had just returned to Nashville from the memorial service for his childhood friend, Austin Baucom, who died in a car accident on Oct. 22.

RELATED: It was an emotional night at the Grand Ole Opry for Scotty McCreery

Scotty tells Rare Country, “He was a childhood friend of mine, and one of those guys that his personality filled the room. He was a special dude. It’s never easy to lose a friend, especially so young.”

This was for you Austin. 5 More Minutes took on new meaning for me tonight. Love you and miss you brother. https://t.co/9cmJGt6DM1

When he wrote “Five More Minutes,” Scotty was working through the loss of his grandfather, Bill McCreery, in January 2015.

Says Scotty, “I wrote that song for my grandfather, but that particular night at the Grand Ole Opry last week was all for Austin. I think it’ll take on both meanings for me for the remainder of that song’s life.”

We think you’ll agree with us that “Five More Minutes” will continue to bring healing and meaning to those who’ve lost loved ones for many years to come. The song should be included on Scotty’s next studio album, which we hope will be out at some point in 2017. 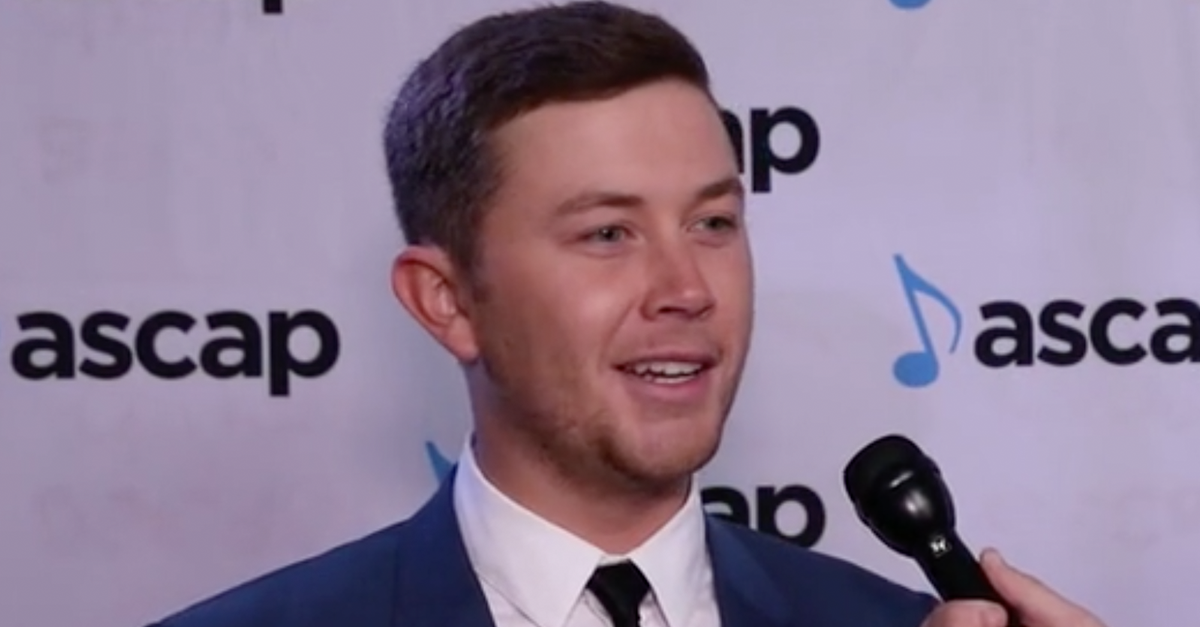