Hunter Hayes’ third studio album isn’t quite complete, but that hasn’t stopped him from releasing new music for the New Year.

On Thursday, Jan. 5, the country star appeared on ABC’s “Good Morning America” to debut his new single, “All For You.” The song, which Hunter co-penned with lauded songwriters Jon Nite and Emily Weisband, is included in the soundtrack for the upcoming film “Monster Trucks,” which will be out on Jan. 13.

RELATED: Years before he was breaking country hearts, Hunter Hayes was a little boy who was very excited to be on TV

In this video, Hunter charms the studio audience in his silver-colored blazer. He grips the microphone and unleashes his honeyed vocals over the catchy beat. Midway through the tune, he showcases his musician skills with an incredible solo on his electric guitar.

“All For You” follows Hunter’s fall 2016 release of “Yesterday’s Song,” which he also performed on the program. The crooner plans to feature “Yesterday’s Song” on his forthcoming album, as well as already released songs “Amen” and “Young Blood.”

“This past year has been such an incredible journey for me, both personally and creatively, and I can’t wait to share new music with everybody,” Hunter explained in a press release. “You never know where a song will take you or how it might affect somebody, and while we work on finishing the new album and putting out more songs, it’s really cool to have this one I wrote a while back come to life with a film and be able to share it in its own unique way.”

Watch Hunter’s performance of “All For You” above. 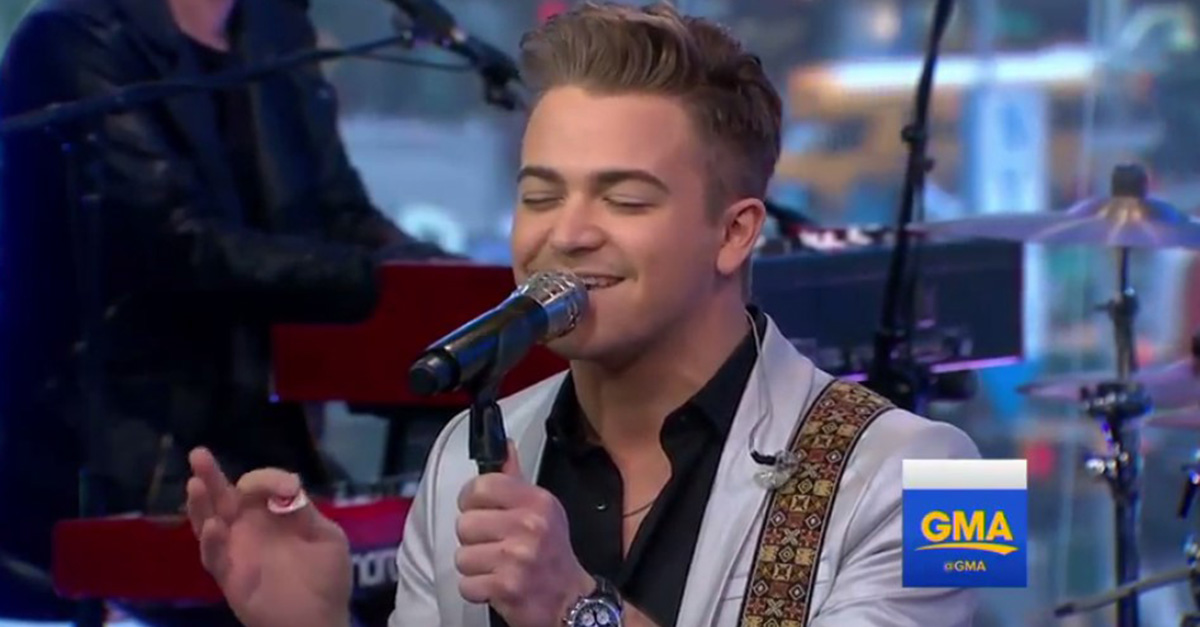