Lauren Alaina sure knows how to entertain her fans!

And, she proved that on March 5 during her show in the Wolf Den at the Mohegan Sun Resort and Casino in Uncasville, Connecticut.

RELATED: You’re gonna love what Scotty McCreery and Lauren Alaina are cooking up for the “American Idol” finale

It was then that the “American Idol” alum suffered a microphone malfunction. However, she managed to take it all in stride. After what seemed like a lengthy introduction by the band, the country songstress stepped out onstage to deliver her song, “Queen of Hearts.” That’s when she noticed that her microphone was cut off.

Rather then stopping the performance altogether, Lauren powered through a chunk of the song unplugged. She also tested out two other microphones that were set up, but neither of them seemed to work either.

Despite the technical troubles, Lauren insisted that the show must go on! So, she kept the crowd occupied with a joke, while the crew worked to fix the problem.

RELATED: Lauren Alaina breaks down talking about how her mother helped her through the darkest time of her life

“Do you guys want to hear a joke?” she asked.

Then, showcasing her natural sense of humor, the 22-year-old told the crowd a joke about two kids sitting on a porch in rocking chairs. Check out the video above to hear Lauren deliver the punchline! 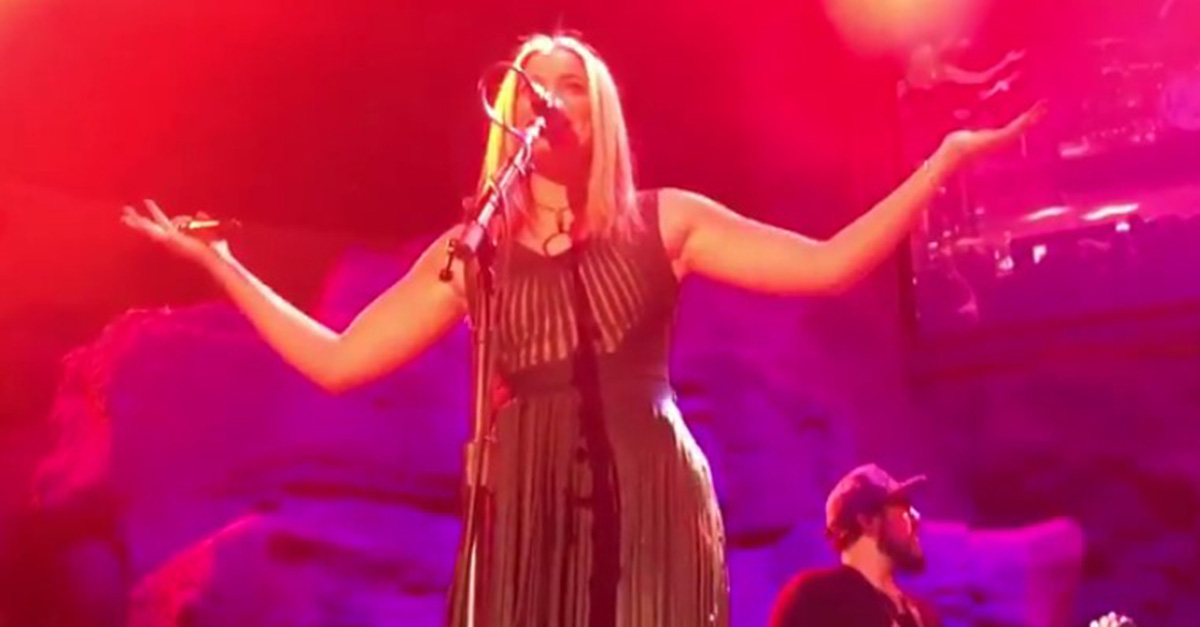