Reba McEntire may be a big-time country star with an amazing personality and drop-dead gorgeous looks, but that doesn’t mean that men are lining up to ask her out on a date.

The musical icon, who recently shared that she’s ready to find love again after splitting from ex-husband Narvel Blackstock, is proving that even the hottest celebrities have to wait for romance.

“You know I put that out about two weeks ago and not a darn thing has happened,” Reba, 61, tells The Insider’s Louis Aguirre about getting back into the dating pool, “So I guess I’m just too busy. Maybe that’s it!”

Perhaps, she’s right. In fact, Reba’s schedule has been pretty tight, as she is currently working on a new television show created by Marc Cherry, the man behind “Desperate Housewives.” Not only that, but Reba also recently dropped her brand-new inspirational double-disc album called “Sing It Now.”

“Timing is everything and everything happens for a reason,” she adds.

And, for those who wish to pursue the “Fancy” singer, there’s one thing you should know. Her 27-year-old son, racecar driver Shelby Blackstock, is the gatekeeper when it comes to his mama’s potential relationships. He has requirement that she cannot date anybody under 50.

We just love hearing that Shelby is looking out for his mom! 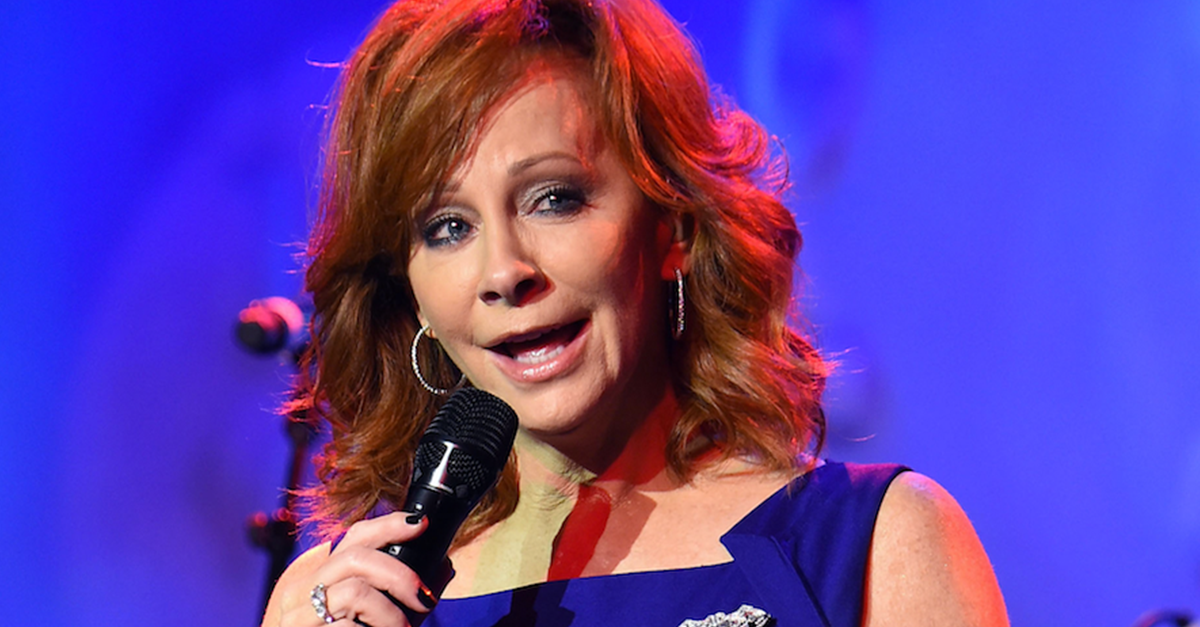