Country music and football go hand in hand and, boy, was that obvious during Super Bowl 51. Country stars were everywhere during the festivities surrounding the big game, as well as at the game itself. Scotty McCreery, Lady Antebellum and Sam Hunt were among the stars performing at pre-game events, and we all loved Luke Bryan’s amazing national anthem performance on game day.

But a scan of the stands showed another side of our beloved stars, and it was even more special than their performances.

Several country stars had the thrill of being part of father-son teams attending the face-off between the New England Patriots and the Atlanta Falcons, and the pictures gave us a big case of the warm fuzzies.

Longtime Tom Brady pal, Kenny Chesney, not only got to treat his dad, David, to tickets to the game, they enjoyed it from the box of New England Patriots owner, Robert Kraft.

Scotty McCreery hasn’t been shy about letting the world know where his NFL allegiance lies — the Pats! Turns out that his dad, Mike, is just as big a fan of Tom and team.

Darius Rucker was the father figure on his family’s Super Bowl team, taking along his son, Jack, for the fun. Instead of donning either Falcons or Pats colors, though, Darius wore his loyalty to his NCAA South Carolina Gamecocks on his chest.

At he Super Bowl with my fave guy in the whole world @jack.rucker pic.twitter.com/f4Ao3SaKXw

Now, we know plenty of women who were decked out in football gear for this year’s Super Bowl 51. Of course with handsome Luke Bryan singing the national anthem and hunks Tom Brady and Mike Ryan QB’ing their respective teams, there was plenty of eye candy. But, in reality, a lot of ladies know the difference between pass interference and holding.

Maybe next year we’ll see moms and daughters standing under the uprights. 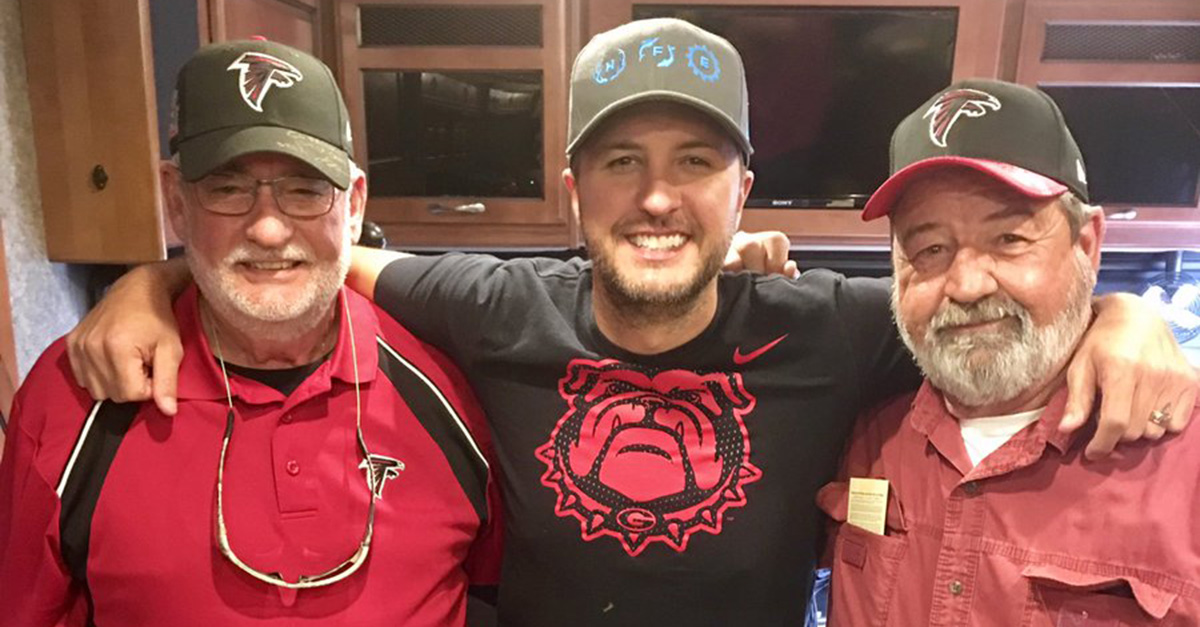