The reigning CMA Entertainer of the Year, who’s been delighting fans on his three-year “The Garth Brooks World Tour with Trisha Yearwood,” celebrated his 5 millionth ticket sold on Feb. 24.

It all happened during one of Garth’s nine sold-out shows at Rogers Place in Edmonton, Canada. Representatives from Ticketmaster, Live Nation and the Edmonton Oilers came out to commemorate the country legend’s record-breaking achievement.

The celebration went down toward the end of the show when Trisha paused her own set to invite guests Jared Smith and Michael Evans to the stage. They honored and presented Garth with not one, but two plaques with the number 5 million on them.

After receiving his special gift, Garth turned around to make his way off the stage. But, Trisha pulled him back in for another big surprise!

Oh, but wait! There’s more, y’all! Following Bob’s epic banner reveal, hockey legend Wayne Gretzky recognized the 55-year-old hit-maker with a sweet video message. He said, “I just wanted to say my congratulations to Garth Brooks on a great achievement. As you can tell, we have the greatest fans in the world in Edmonton and in Alberta. Congratulations to you and Trish on a wonderful night. Congratulations.”

RELATED: A cancer diagnosis inspires Garth Brooks to give this couple the experience of a lifetime

This isn’t the first time that Garth has broken the attendance record. According to his official website, back in the ’90s, he sold his 5 millionth ticket on his 100-city tour. However, this time around, he reached that number in just 60 cities. After the show, Garth took to Facebook to thank his fans for their amazing support! 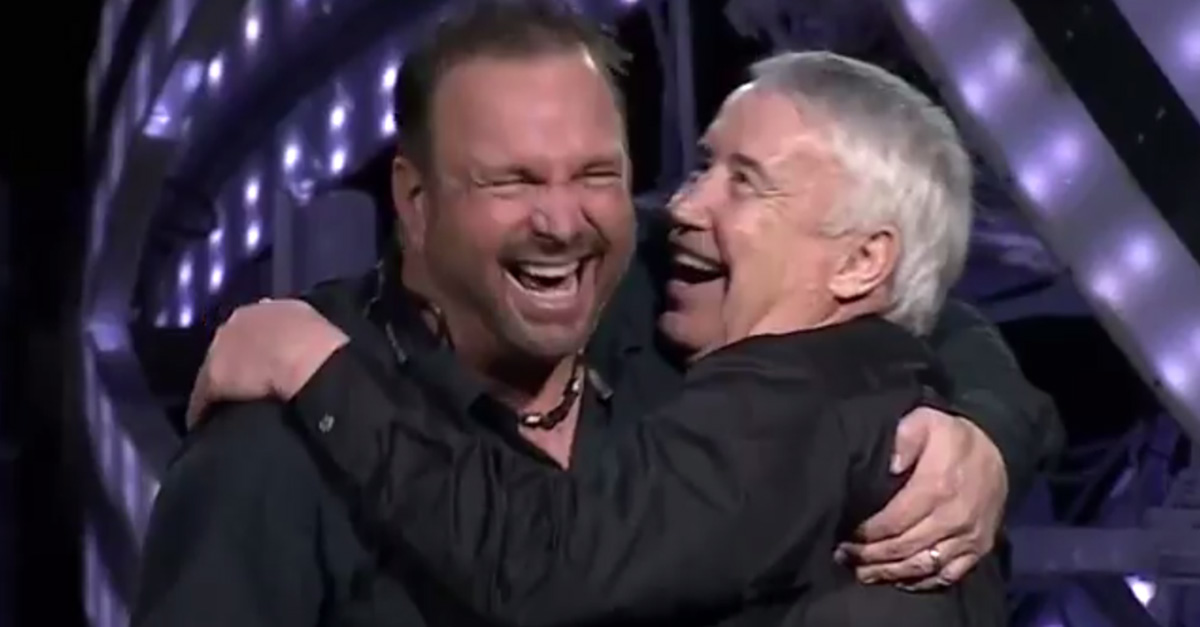