During the afternoon of Wednesday, Nov. 2, word leaked around the web that a famous pop singer would be joining the The 50th Annual CMA Awards. It was later confirmed that it would, in fact, be Beyoncé.

A little bit country! Is there anything @Beyonce can't do?!? #CMAawards50 @CountryMusic pic.twitter.com/AINaxaqnml

RELATED: On Nov. 15, the Rare Country Awards will honor the year’s best in country music as determined by Rare Country fans

Just as Justin Timberlake did the year before, Beyoncé crossed genres with a stellar CMA Awards performance. With the Dixie Chicks at her side, Beyoncé performed her hit “Daddy Lessons,” a song that has become one of her closest connections to country music and a song that the Chicks have been regularly covering during their Dixie Chicks 2016 World Tour.

Though the immensely popular singer isn’t known for her country music chops, it was not her first appearance at the awards show. In 2007, Beyoncé joined Sugarland at the American Music Awards to perform her hit “Irreplaceable.” According to the song’s writer, Ne-Yo, that song was initially written for a country music star like Shania Twain or Faith Hill.

So, what did you think of Beyoncé’s appearance at The 50th Annual CMA Awards? 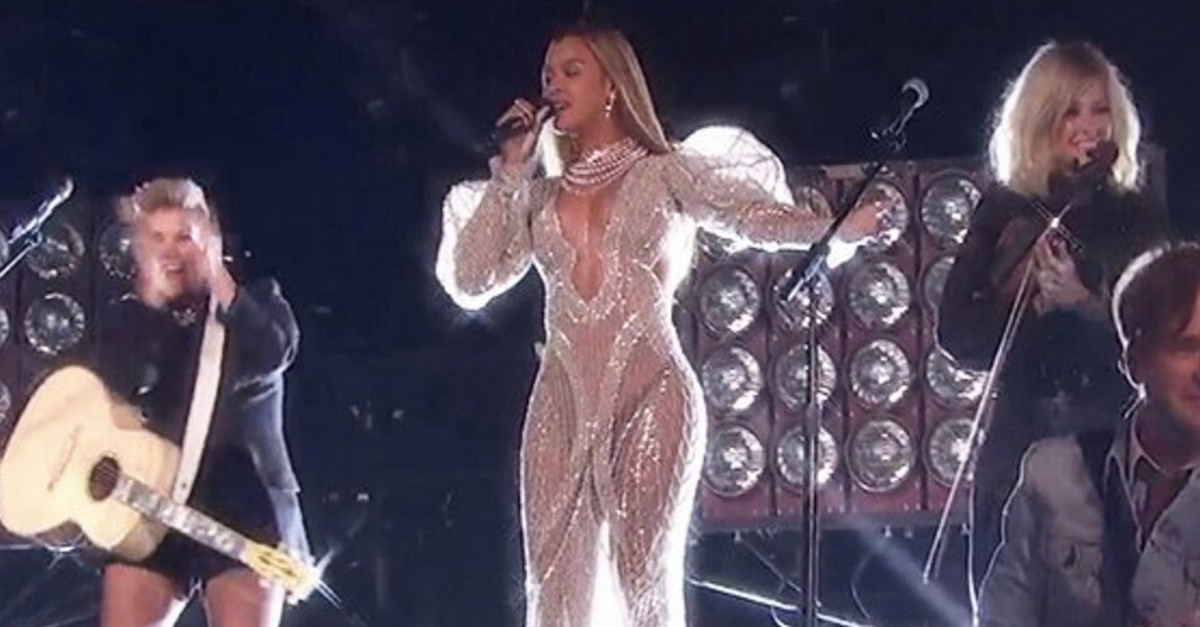