Menu
Follow us
Search
Menu
Search
Maren Morris performs “My Church” at the CMT Music Awards at the Bridgestone Arena on Wednesday, June 8, 2016, in Nashville, Tenn. (Photo by Wade Payne/Invision/AP)

It’s already been a whirlwind year for Maren Morris and it’s only February.

The diminutive badass scored four nominations and won her first trophy in the Best Country Solo Performance category for “My Church” at this year’s Grammy Awards. She also racked up two nominations at the upcoming ACM Awards, including the coveted Female Vocalist of the Year. She also kicked off her first headlining tour — The Hero Tour 2017 — earlier in February at New York’s Bowery Ballroom.

Those who follow Maren on social media know she’s a little spitfire who, in spite of a teary acceptance at last fall’s CMA Awards, seems to take it all in stride. You certainly wouldn’t think she’d get emotional at one of her concerts.

But, you’d be wrong.

On Saturday, Feb. 18, Maren took the stage at the popular Georgia Theater in Athens, Georgia to an enthusiastic crowd. Peeling through songs from her major label debut, “Hero,” the singer-songwriter had the audience on their feet and singing along for the duration of her entire show. However, things got a little overwhelming as she began to wrap her set with her mega-hit single, “My Church.”

In a YouTube video from user David Lee, you can barely hear Maren as the crowd serenades the country starlet with her own smash. Eventually, it becomes too much for the tiny Texan to comprehend and she wipes away a tear. By the song’s final notes, she has both hands on her face, wiping away what we can only presume are tears of joy.

While Maren’s current single, “80s Mercedes” continues it’s hot ascent up the charts, “Once,” also from “Hero,” is getting mass approval from fans on the tour. Could it be the next single? We’ll see! 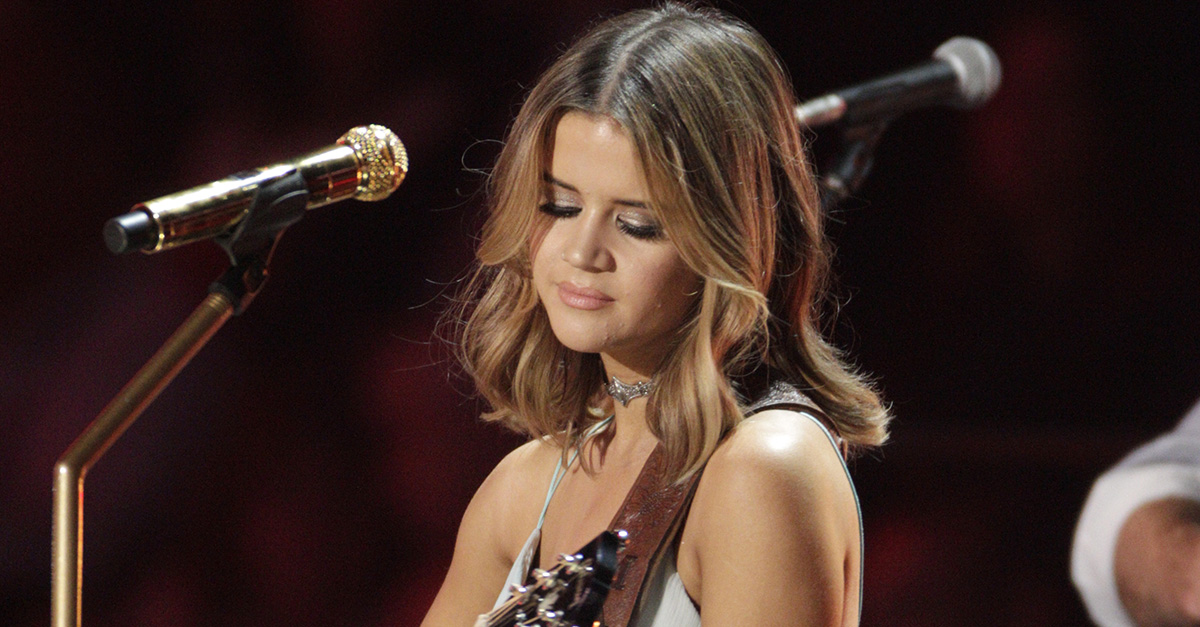