We hear the biggest stars in country music say it all the time, they’re just like you and me. And in this week’s Rare Country’s 5 video, Erin Holt shows us how true that is. From anniversaries to babies, happy to sad and, of course, some country music, this week we see how real their lives really are.

Rare Country readers love Scotty McCreery. Period. So, when he and his beautiful girlfriend, Gabi, celebrated five years of courtship, our mutual friends were as tickled as they were. Now, this cute-as-can-be couple hasn’t made any formal declaration of engagement or anything like that, but Scotty has admitted he can’t imagine life without the pretty brunette and that’s good enough for us. Besides, they’re still young. They have plenty of time.

It’s been nearly a year since the world of country music joined Rory Feek in mourning the passing of his breathtakingly beautiful, kind and talented wife Joey. While their love was precious and special, Rory admitted on “The Today Show” that early on, like most young couples, it wasn’t without its fair share of obstacles. Erin has more in Rare Country’s 5 video.

A killer country song needs a killer video to go with it, right? So, when you have two of the hottest stars in the format performing that song, you put them in the video and it’s instant heat. That’s what fans got when Keith Urban and Carrie Underwood released the video for Keith’s new single, “The Fighter.” If you haven’t seen it yet, you can find it here.

It is rare that country stars venture onto the political battlefield, but that’s one thing Loretta Lynn is proud to be — rare. The country icon was paying attention when female celebrities joined the women’s marches across the country, and she had a few thoughts on the subject. You can check it out in this week’s Rare Country’s 5.

You know what we love as much as country couple’s getting engaged and married? Those couples having babies… duh! And we’re pretty darn excited to be congratulating handsome Thomas Rhett and wife Lauren on their impending bundles. Yes, bundles. The couple announced that Lauren is pregnant and is due in August, but prior to them becoming pregnant, they had started the process of adopting a baby from Africa. It’s double the blessings!

Activity is picking up on Music Row as stars are hitting the road for spring tours and the studios for new music, so be sure to check back every week for Erin’s re-cap of the week’s news in Rare Country’s 5. Thanks for hanging with us! 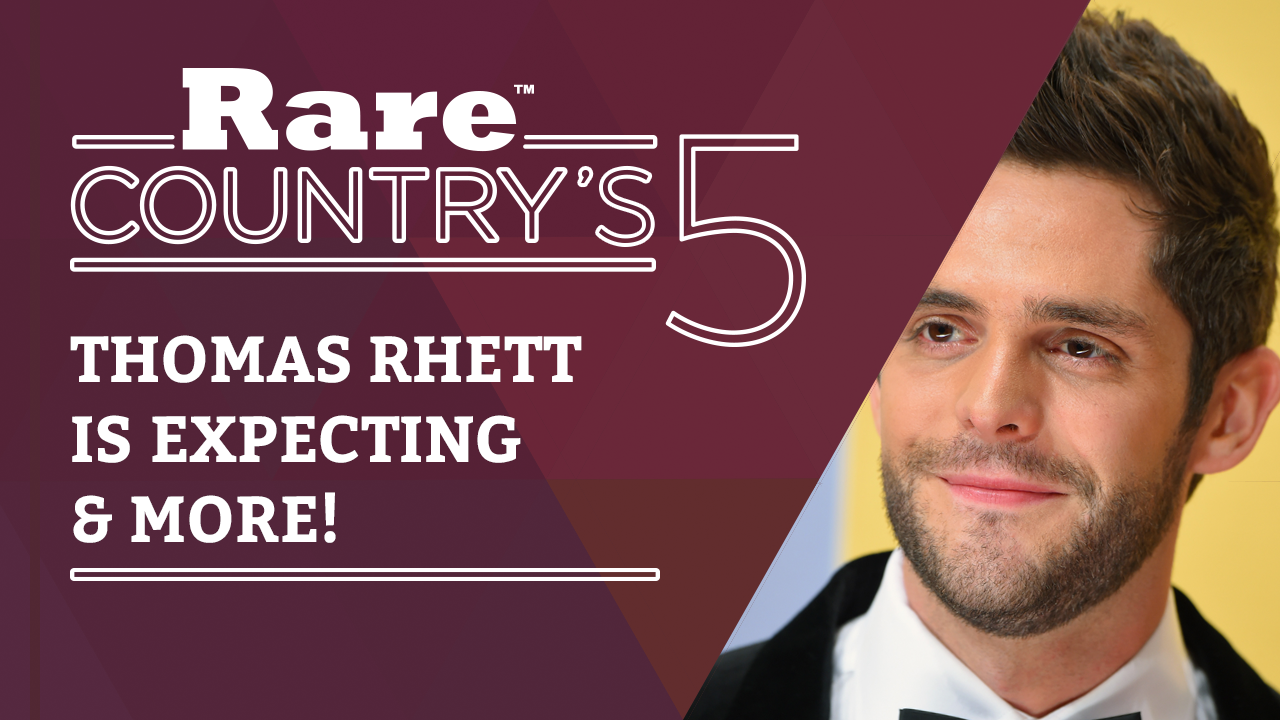