RELATED: The video that put Tim McGraw on the map landed him in hot water

Filmed last fall when Walker was just 17 years old, his acoustic cover performance of his dad’s signature hit, “Life’s a Dance,” is pretty great to watch. You can hear Walker’s dad coming through in his voice, and it looks like John Michael has taught him a thing or two on guitar, too.

Of all of John Michael Montgomery’s biggest hits, it’s really special to hear Walker choose to sing “Life’s a Dance.” John Michael was just a kid himself when he scored a hit with that one, but the lyrics about perseverance in the face of adversity are just about the best advice a father could give his son.

We’re glad to see those timeless lessons passed on through this very special song. 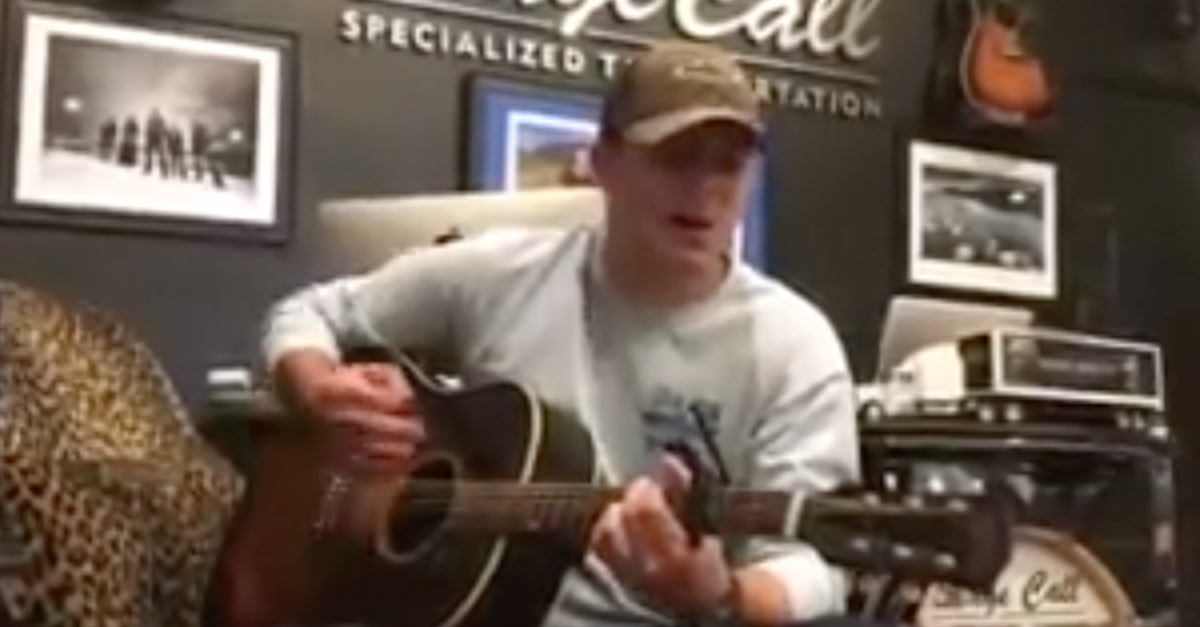