Country superstar Garth Brooks pleased a crowd of thousands during a tour stop in Edmonton, Canada on Saturday, Feb. 18.

Among the many fans was married couple Ike and Gail. The two were celebrating their 39th wedding anniversary in the front row at Rogers Place. They even had a sign with them that read, “To our 39th anniversary today.”

Garth noticed the couple’s sign. So, he went ahead and dedicated his beautiful hit “The Dance” to them. However, there was one problem. You see, Gail was in the bathroom when it all went down.

According to Country 105, Gail and Ike’s daughter, Lana, and her husband attended the show with her parents. She provided a detailed account as to what happened on that night.

“My mom has posttraumatic stress disorder,” Lana revealed. “We actually thought at one point she wasn’t going to make it [into the show] because her anxiety was so bad, but she loves Garth Brooks so we got her in.”

Lana went onto explain that her mama was anxious. So, they headed to the bathroom right before Garth launched into “The Dance.” As they were walking back to their seats, the flashing exit lights stopped Gail once again. So, Lana offered to go get her dad.

“That’s when I saw my dad on the big screen talking to Garth,” Lana recalled. “My mom must’ve heard at that point, because she started coming down the stairs, but there was kind of a crowd of people coming to see what was going on. [Garth] literally missed [mom] by a second.”

Though Garth didn’t get to serenade Ike and Gail, he did manage to serenade Ike and Lana’s husband. Since Gail wasn’t able to be onsite for the magical moment, Garth offered to fly her and her husband anywhere in the world for their 40th wedding anniversary, the outlet reports.

Even though Gail didn’t get her “The Dance” moment, she and Ike made up for it out at home. Following Garth’s concert, the loving couple hung their wedding anniversary sign up on the wall and danced along to “The Dance,” while staring sweetly into each other’s eyes.

How adorable is that? 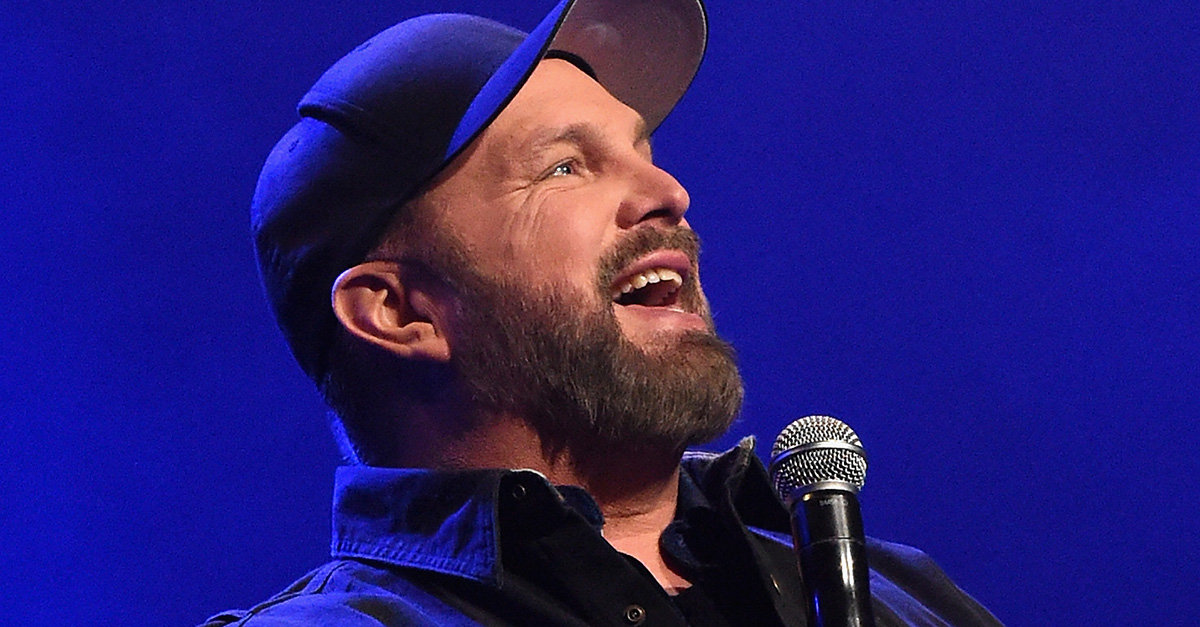