What in the world is going on at country music concerts these days? It seems that a week doesn’t pass without us hearing about a fight breaking out. Worse yet, many of those brawls involve men hitting women.

While security usually nips these incidents in the bud before they escalate to disturbing the entire concert, once in a while, it all goes down in view of the band onstage. Someone on mic can usually get security’s attention to diffuse the situation or eliminate the offender, but, on occasion, a singer gets so fired up, they take matters — and manners — into their own hands.

RELATED: These country rockers have made their mark by “going against the grain”

On March 8, The Cadillac Three was ripping through their hig- energy show at The Commodore Ballroom in Vancouver, Canada. During a break in the set, lead singer Jaren Johnson spotted a man evidently participating in some very ungentlemanly behavior. At first he gently asked the crowd to “chill,” but then he singled out the man and matter-of-factly said to him, “Dude, if you hit that girl again and I’m coming in son.”

From the looks of things, he hit again. The lights on the stage dimmed, but it’s easy to see and hear that Jaren dropped his guitar, jumped from the stage, and with just the flashlight of another fan’s phone carving out his path, he made his way to that “dude.”

We can’t tell what happened next, but in the time we’ve spent with this gentle badass, we can only guess.

Unfortunately, Jaren’s beloved guitar broke when he dropped it to come to the rescue of a damsel in distress.

Fortunately, though, Jaren has a lot to be thankful for in his personal life. He and wife Evyn are expecting is a baby boy next month. And we’re betting Jaren Junior will know how to defend any lady in his life and will have exemplary manners to boot. 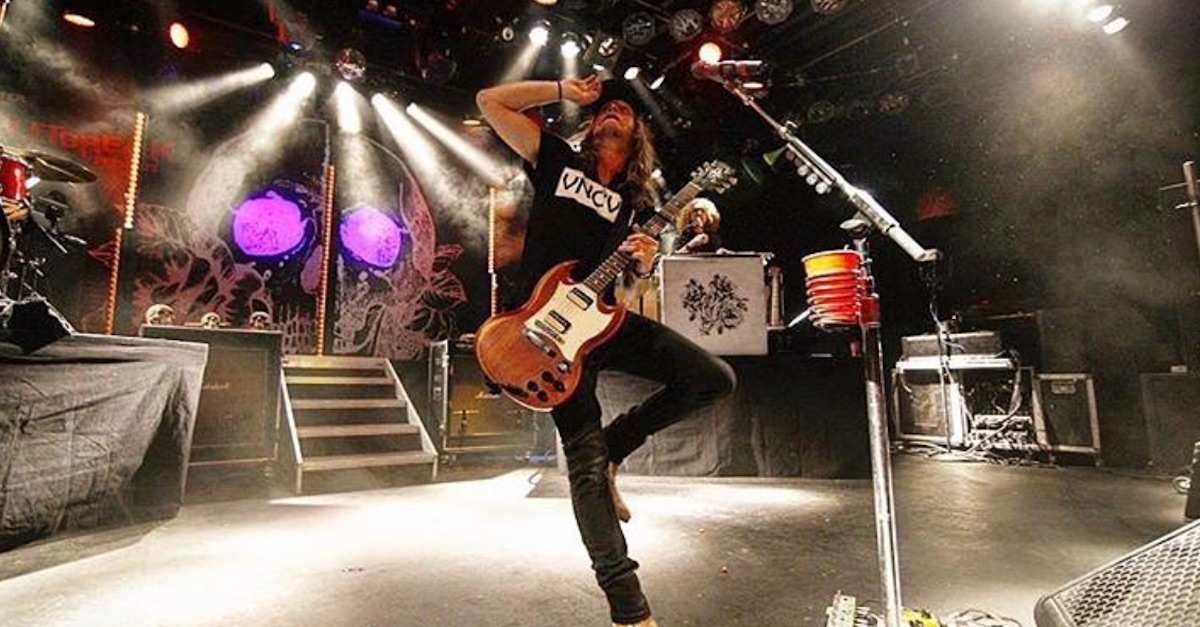