Season 12 of NBC’s “The Voice” kicked off on Feb. 27 with a whole new crop of talented singers!

One stellar performer, Lauren Duski, put a soothing spin on Jewel’s 1995 hit “You Were Meant For Me” for her blind audition.

The 25-year-old darling, who considers herself country, donned a floor-length red dress and effortless curls for her performance. Despite being from Northern Michigan, she showcased a natural twang that not only earned her a chair turn from Blake Shelton, but also from Adam Levine and Gwen Stefani.

Needless to say, all three coaches respectfully fought hard to get Lauren on their teams!

After she received praises from all four coaches, Adam asked Lauren what she ultimately wanted to do as an artist. Lauren responded by telling the panel of judges that she wanted to sing music that moved her.

“If you can find me one of those good genre-less radio stations that they’re going play you on, I can’t wait to crank it up,” said Blake trying to persuade Lauren to join him as a country singer.

And, before coach Alicia Keys was able to ask Lauren whom she wanted to choose as a coach, Gwen chimed in.

Although Lauren mentioned earlier that she was a fan of Gwen, she went with Team Blake in the end. Heck, if coaches are fighting this hard over the new “The Voice” contenders, we can’t wait to see even more spectacular blind auditions! “The Voice” returns on Tuesday, Feb. 28 on NBC. 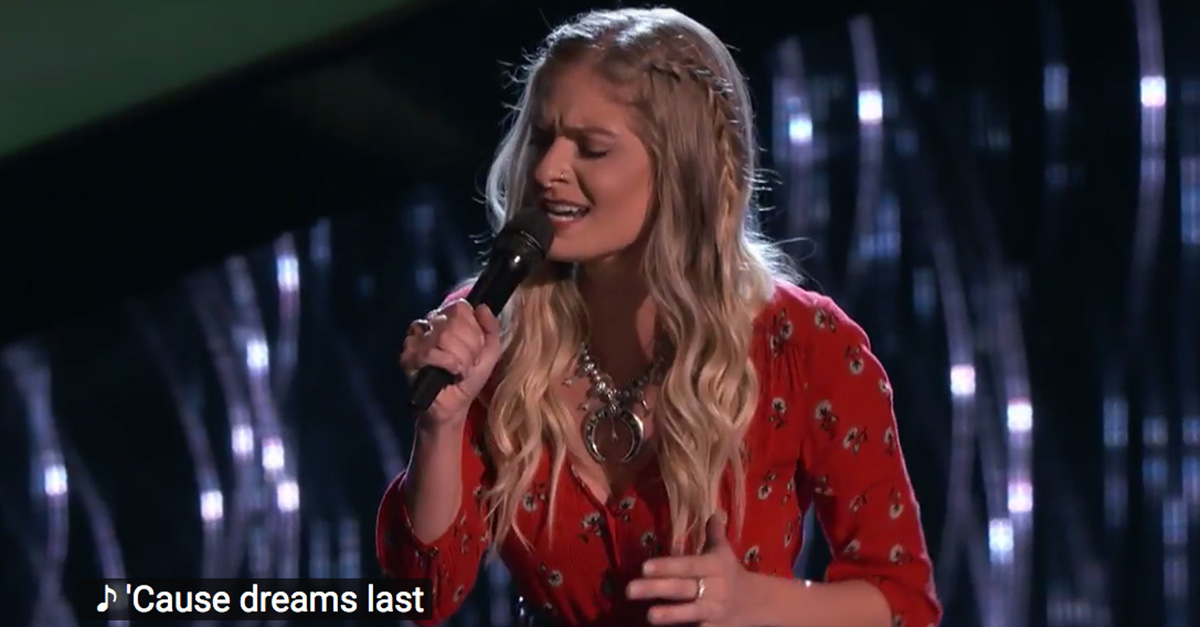