Singer-songwriter Sturgill Simpson has a few more words about the ACM’s decision to name an award after Merle Haggard.

On Aug. 29, Sturgill posted a lengthy Facebook post blasting the Academy of Country Music for introducing the new Merle Haggard Spirit Award to recognize “uncompromising artists in the spirit of Merle Haggard.” He took issue with everyone on Music Row in Nashville suddenly wanting to honor Merle “knowing full and damn well what he thought about them.”

His post started out with the blistering statement, “Many years back, much like Willie and Waylon had years before, Merle Haggard said, ‘Fuck this town. I’m moving.’ And he left Nashville.”

What Sturgill didn’t know when he went on that rant is the Merle Haggard Spirit Award is going to one of Merle’s biggest fans, Miranda Lambert. It seems Sturgill respects Miranda, who has also played by her own rules within the country format. He has a feeling she agrees with him on this one, too.

RELATED: The story of Miranda Lambert and the soldier is about to get the perfect ending

“I know that Merle liked and respected her so it’s good to see there is at least some blue sky in all of this,” Sturgill writes. “I don’t know Miranda nor have I ever met her, but something tells me that in her heart, she knows I’m dead on.”

Sturgill goes on to say he’s trying to help organizations like the ACM and the Country Music Association get in line with honoring artists like him and Jason Isbell, who he says are carrying on the authentic roots of country music.

Says Sturgill, “More and more everyday, people are waking up to the situation and they are pissed. Perhaps Country Music, especially Nashville, should wake up too before it’s too late.” 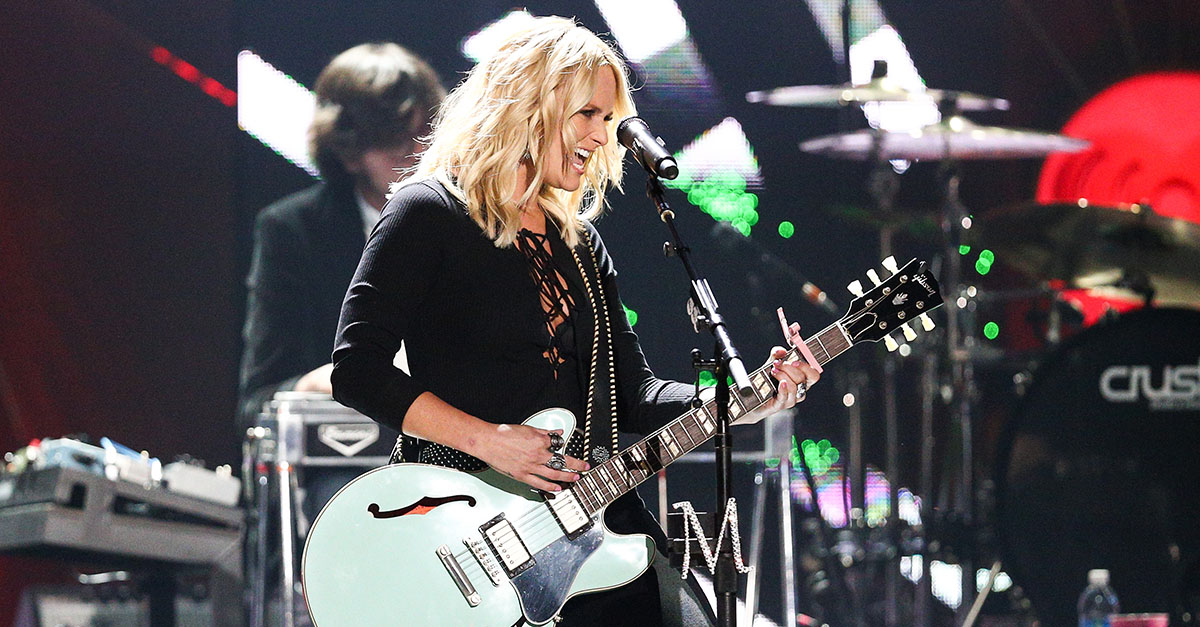