Brett Eldredge is a walking disaster in his trippy new video for “Somethin’ I’m Good At.”

The new clip shows Brett leaving a trail of destruction as he drops everything to chase after a beautiful girl. First up, he leaves his bread in the toaster oven, which causes a massive house fire. Then he heads out the front door fully dressed and his swinging briefcase hits the mailman and knocks the poor guy flat on his back. Mail goes flying everywhere, and a woman slips on a stray letter and falls out, too.

RELATED: Brett Eldredge just shaved his beard and the ladies have lost their minds

After that, Brett chases his beautiful girl around town before getting her to sit down with him at a lunch. When they make their way back to his house, Brett has somehow picked up a marching band and a whole parade of people.

RELATED: Brett Eldredge reflects on the sweet sacrifices his mom made to make sure he succeeded

Oh, and his house is on fire, but he doesn’t mind at all. He’s too focused on the girl.

The video for “Somethin’ I’m Good At” mirrors the wacky feel of the song, which includes the craziest vocal gymnastics we’ve ever heard from Brett toward the end of the song.

“Somethin’ I’m Good At” is the brand-new single from Brett’s upcoming third album, due out later this year. 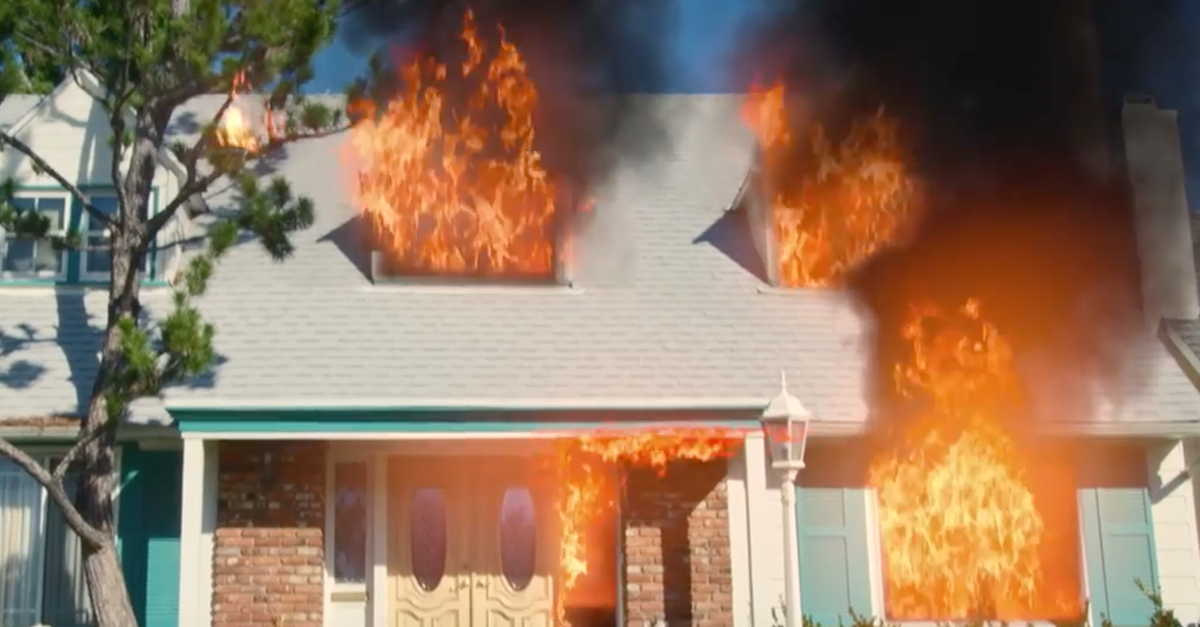