Over the last few years, Cole Swindell has met thousands of fans as his career continues to grow. Of all those people, no fan has made a bigger impact on Cole’s life than Chelsea Hogue.

Cole first met Chelsea when she was a nursing student. At the time, she was just a sweet, young fan with a passion for Cole’s music. Shortly after they met, Chelsea sustained a traumatic brain injury in a car accident when she was hit by a drunk driver. In an instant, her life was completely changed, but Cole’s music still spoke to her and inspired her. Despite her injury, Chelsea is now taking steps to teach sign language to others how have suffered traumatic brain injuries.

RELATED: Cole Swindell’s heartfelt Grand Ole Opry performance will stay with you for a long time

Recently, Cole reached out to Chelsea and her boyfriend, Joey, and invited them to come out to a show in Indiana and hang out on his bus. As you can see in this video, the meeting was sweet but very emotional for everyone involved.

Cole tells Rare Country, “If that’s not humbling and inspiring and motivating, then I don’t know what is. Their whole story is — wow, from being a nursing student to the horrible accident — getting hit by a drunk driver — to now, wanting to go back to school to help people in her situation with signing or whatever that may be. If this girl is willing and wanting to help people, how could we not be, those who are fortunate enough to be in the position to help people.”

RELATED: A country star’s humble tribute to his late father at the Opry touched a billion hearts

While he’s happy his music brings encouragement to Chelsea, Cole is also a little surprised that he’s the one who provides such inspiration to her as she battles to overcome her challenges. This experience with Chelsea has given Cole a new perspective on why he makes music in the first place.

“It’s my first taste of, ‘Wow, this is really why I think I’m put in this position,'” Cole says. “I get to release songs and have fun and do what I love, but not everyday do you get to experience something like that. You realize those are the most powerful moments of your career. It’s hard to compare that with anything else that’s happened.”

You can keep up with Chelsea’s story on her Facebook page, Rise Up Chelsea.

Of course, Cole’s song, “You Should Be Here,” has brought comfort to millions of fans since he released it a year ago. He wrote it about the loss of his father, and his first performance of the song at the Grand Ole Opry is nominated in this year’s inaugural Rare Country Awards. Cole is in the Grand Ole Opry Moment of the Year category along with RaeLynn, Scotty McCreery, Toby Keith and Carrie Underwood. You can cast your vote now at RareCountryAwards.com. Winners will be announced on Dec. 15. 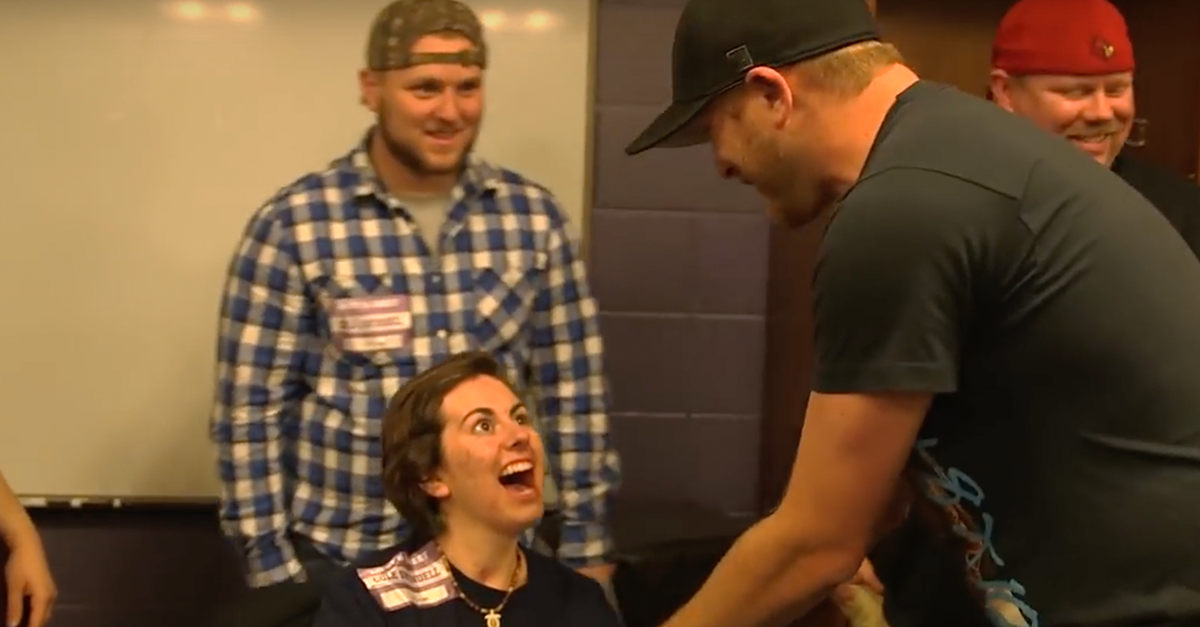