We’ve all seen the power of a song at work in our own lives. Music seems to have an ability to heal, sympathize and empower. Songs evoke memories and emotions, and then they connect us to the stars that sing them and writers who pen them, just knowing that they were born from a personal place and experience that we might share.

Most of us clearly remember Kelly Clarkson’s teary performance of her emotional “Piece By Piece” on the final season of “American Idol.” Obviously taken from a page in her own life, it’s as difficult to hear the sad story as it is for Kelly to sing it. So, when Stephanie Rice performed the song as her audition piece for “The Voice,” it was obvious that the tune had a powerful connection for her, too.

RELATED: Kelly Clarkson opened up to Ellen about why she broke down during her performance on “American Idol”

The Texarkana, Texas native didn’t have to wait long to discover her fate on the show. In just 13 seconds, Blake Shelton turned his chair for the emotional performance, and at 25 seconds, Gwen Stefani turned hers. And while the battle that resulted between Blake and Gwen was cute, it was the tears glistening in Gwen’s eyes and what she said to Stephanie that helped the story unfold.

“Stephanie…Stefani, so,” Gwen began. “Honestly, I was really moved by you. I can feel whatever pain is in there. There’s music as an outlet for you. So, you can only sing like that if you lived it. Sometimes on this show, I get really emotional because I feel like I’m here for a reason and right now I feel like I’m here to work with you.” Gwen went on to talk about how awesome Blake is, but added she really wanted to work with Stephanie.

After some good-natured banter, Blake added, “When you sang that song, it was as if you wrote it. What’s the story?”

Stephanie then spoke emotionally, “When I was 18, I came out to my parents and my dad’s a pastor, and they disowned me. I’ve been taking that brokenness and emotion and channeling into the only form I knew how, which is through music.”

The show progressed with Stephanie ultimately choosing Gwen as her coach.

Meanwhile, all of those emotions were also being felt by a special home viewer — Kelly Clarkson. Kelly took to social media to show her support of the singer and tweeted, “Can’t. Stop. Crying.” She also sent a sweet wish hoping that Stephanie’s parents opened their heart to “the beautiful person you are.”

Can't. Stop. Crying. 😳 Her vulnerability and her story ….just wow. Steph, I hope ur parents open their hearts 2 the beautiful person u r! https://t.co/p6FKPBnvKU

Congratulations, Stephanie, and best of luck! 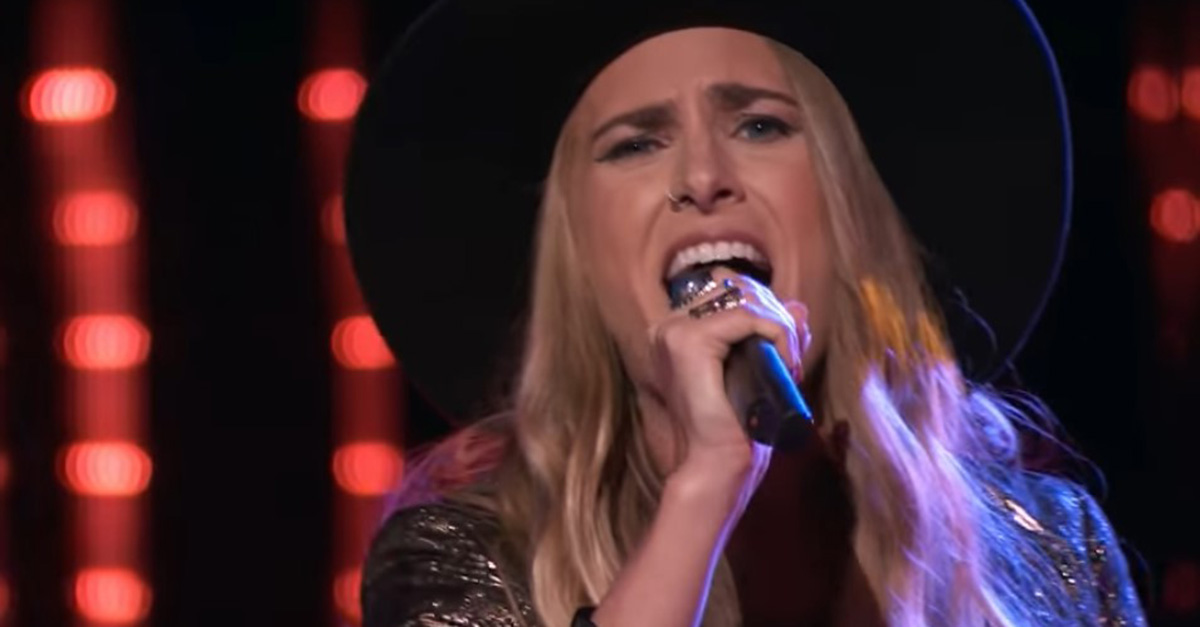