It’s hard to believe that it’s been three years since Luke Bryan released the steamy ballad “Crash My Party” and watched it soar to the top of the chart. That killer track, which was his sixth No. 1, was not only the debut single from the album of the same name, but it was also the influence behind the name for his vacation shows in Mexico — Crash My Playa — and it remains a fan favorite in his live shows.

One of those fans just so happens to be the legendary singer-songwriter and former Commodore front man Lionel Richie, who took Luke at his word and crashed his party on Dec. 30 at the MGM Grand in Las Vegas.

Now, we know that Luke Bryan fans love all Luke, all the time, but this enthusiastic Vegas crowd didn’t seem to mind one bit that the award-winning pop star strolled onto the stage and momentarily put a little ’80s pop into the country show.

Norfolk, Virginia’s US 106.1 shared video from the evening, including the country star bringing his hero out onto the stage. The pair then launched into a groovy version of the 1981 Commodores’ smash, “Oh No,” swapping verses and offering up some pretty sweet harmonies.

It may have been a day early, but that’s a pretty sweet way to ring in the New Year!

In 2012, Lionel released the album “Tuskegee,” which included duets of his biggest hits with some of the hottest stars in country music. Luke wasn’t part of that project, but after hearing this collaboration, maybe there will be a second collection. What do you say, Lionel? 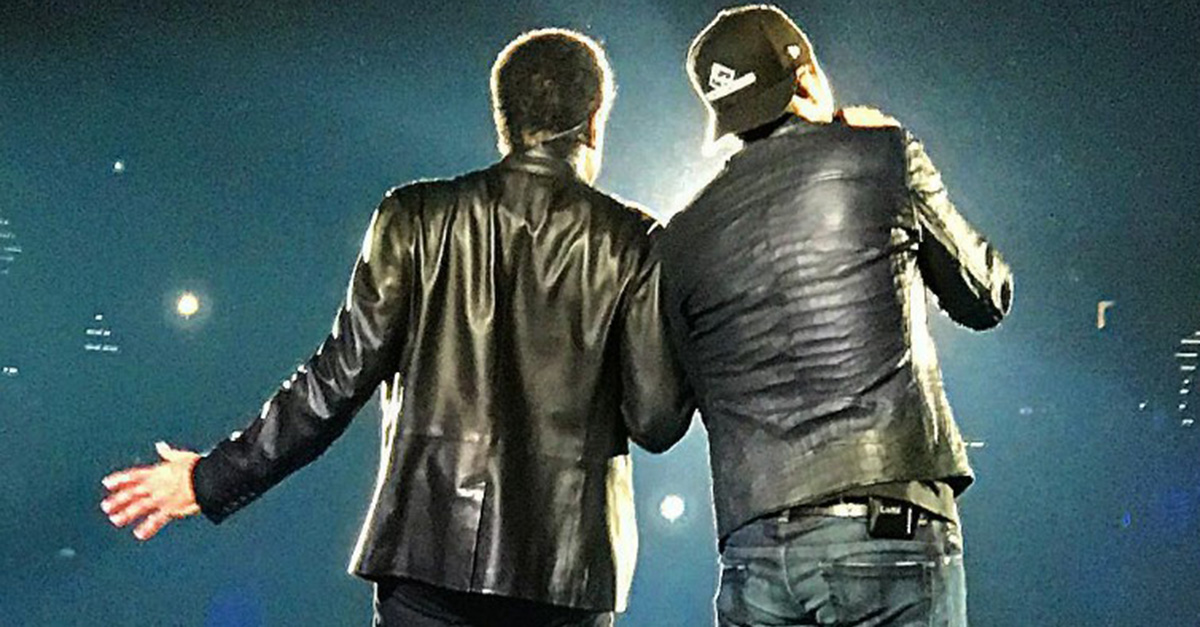