It had already been an amazing night. Everyone from Chris Young to Scotty McCreery to Kenny Rogers had gathered on the stage of Nashville’s Bridgestone Arena on the evening of Feb. 8 to pay a musical tribute to the one and only Randy Travis.

Yet, as the concert drew to a close, the audience seemed to sense that another huge moment was about to take place – in the form of Garth Brooks.

“There isn’t anybody that’s in country music today or in the last 20 years that doesn’t owe their career to Randy Travis,” a bearded Garth said as Randy and his wife watched from the side of the stage, which one of the many fans in attendance posted on Instagram. “I know that for sure. I’m one of those guys…just love you to pieces. You totally saved this music and this format.”

RELATED: This country music fan got way more than she bargained for from Garth Brooks

From there, Garth would go on to perform perhaps Randy’s most recognizable hit — “Forever and Ever Amen” — much to the delight of both the crowd and Randy himself, who couldn’t seem to quite keep from tapping his foot to his beloved song.

But then, as Garth could have taken the song home with an unforgettable ending, he walked over to Randy – and let him do the honors. And once again, country music gave us another moment and another reminder that this genre is filled to the brim with not only amazing talents, but also amazing people. 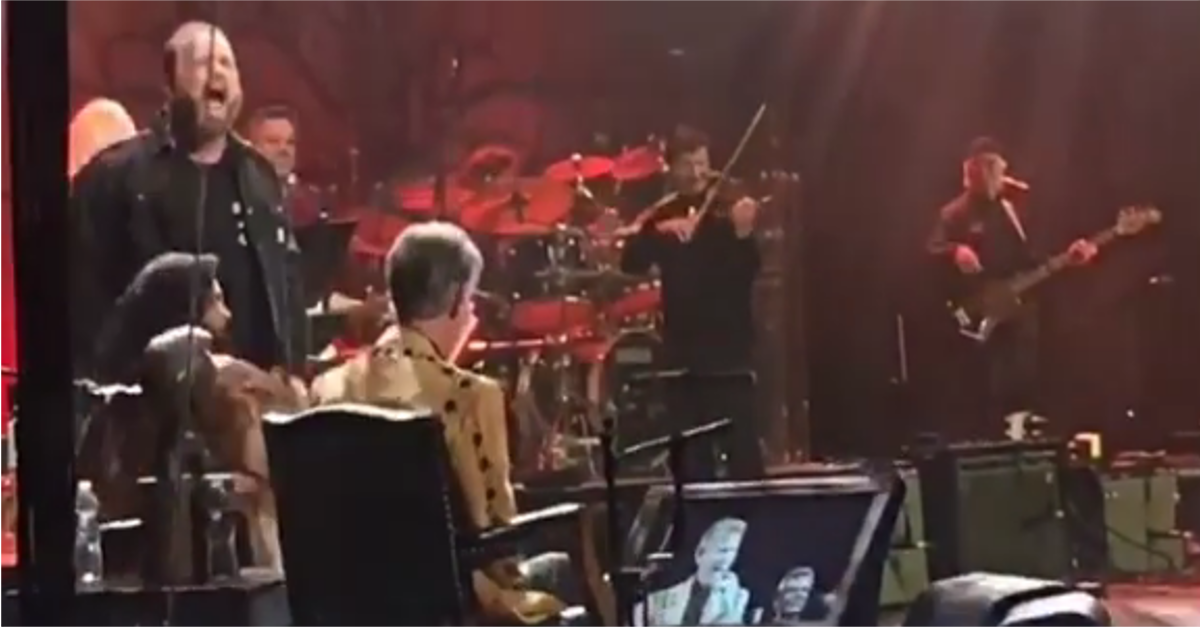