A little over a year ago, the country music industry was in an uproar when a radio consultant casually compared the gender makeup at radio to a salad. Basically, he said that men were like lettuce, so you wanted mostly men playing on country radio and a few “tomatoes,” tomatoes being women. He advised radio programmers that if they wanted good ratings to take the tomatoes off of their salad.

Well, tomatoes are here to stay. In fact, in Rare Country’s 5, Erin Holt is going to look at five of those amazing women in country music who changed the recipe and the game!

To pigeon-hole Linda Ronstadt into just one genre of music would be a major injustice to every other format. The Arizona-born and ranch-raised powerhouse, who was one of the finest voices to come from the Laurel Canyon music scene, has recorded pop, rock, Broadway and traditional standards music. But, tt’s when she paired her ethereal vocals with Johnny Cash, Dolly Parton and Emmylou Harris that she tied it up with a bow for us. Thank you, Linda. We love you dearly.

“When it comes to pain and suffering, she’s right up there with Elizabeth Taylor!” That may be a line from the movie “Steel Magnolias,” but it also could be a quote about Tammy Wynette’s catalog of hits. “Stand By Your Man,” “D-I-V-O-R-C-E” and “’Til I Get It Right” were songs that explored the suffering of women in a variety of relationships. Although her real life was equally as troubled, Tammy had the strength and desire to build a long and amazing career in the music business. We lost her way too soon, but her legacy lives on.

She was just a little bitty girl from Kentucky, but as soon as she realized she had a voice, Loretta Lynn used it, taking on the world on her terms. Loretta has never shied away from sensitive subjects, whether political or personal. Songs like “You Ain’t Woman Enough (To Take My Man)” and “Don’t Come Home A-Drinkin’ (With Lovin’ On Your Mind),” along with the autobiographical “Coal Miner’s Daughter,” were gleaned right from her real life. Loretta also never tried to sound any different than the country girl she was, and it endeared her to fans from the north, south, east and west.

Her life and career were entirely too short, but in a brief amount of time, Patsy Cline established herself as an icon and one of the most timeless vocalists in any format of music. While she is often depicted as being ballsy, brassy and bold, and was, allegedly, the victim of abuse, she was also beautiful and had one of the most memorable voices in country music. As strong as black coffee but as pure as a choir of angels, she continues to inspire generations of female country singers even more than 50 years after her untimely passing. We miss her still.

RELATED: Kellie Pickler stuns onlookers with this performance of a Patsy Cline classic

There are just not enough adjectives to describe the goodness that is Dolly Parton. There also aren’t enough hours in the day to adequately discuss her accomplishments. Sure, she’s one of the most remarkable singer-songwriters in the history of country music, but she’s also an acclaimed actress, an entrepreneur and a philanthropist. Dolly’s reach isn’t just domestic, either. She’s an international superstar. Sure, she knows the level of success that she’s attained, yet she remains humble, hilarious, generous, honest, warm and kind.

That’s it for another special edition of Rare Country’s 5. Be sure to check out Erin’s video for special footage on all of our game-changers and tonight, when you sit down for dinner, have an extra tomato on your salad. 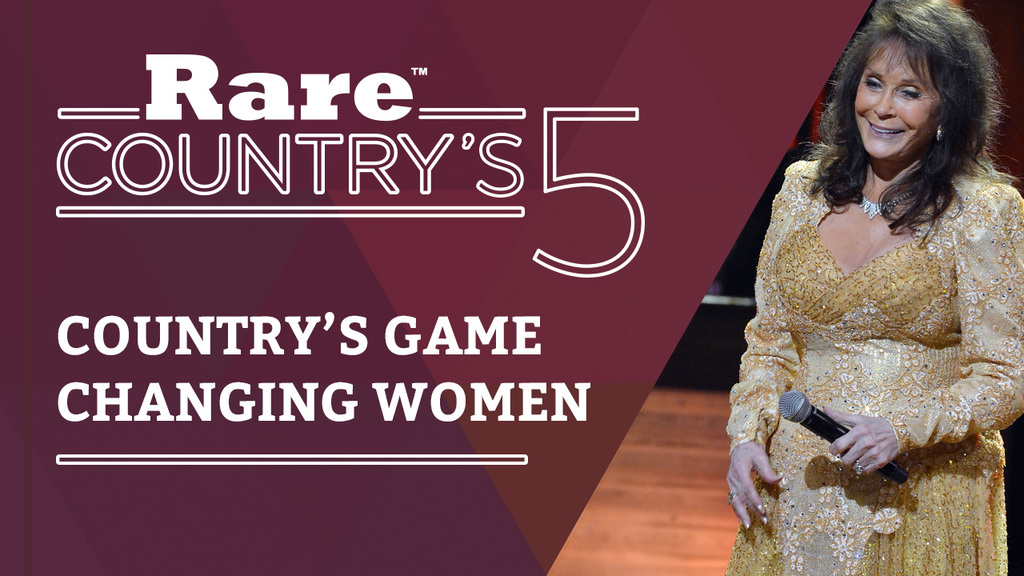