Thomas Rhett and his wife, Lauren, turned heads on the red carpet at the iHeart Radio Music Awards in Los Angeles Sunday, March 5. It was the first time fans got a look at Lauren’s baby bump, and the couple posed for this adorable photo on Lauren’s Instagram.

The caption says, “Baby bump is OUT!”

RELATED: Thomas Rhett opens up about the “emotional roller coaster” of adopting a baby

You can say that again!

Thomas later performed “Star of the Show” on the iHeart Radio Awards after taking the Country Artist of the Year trophy.

Thomas and Lauren had to hide the baby bump at last month’s Grammy Awards since they hadn’t announced the pregnancy at that time. Now, the world knows Thomas and Lauren are expecting a baby girl while also adopting a little girl from Africa.

RELATED: Watch as Thomas Rhett pulls off something he was terrified to try

Thomas says he’s already started writing songs about his rapidly expanding family. We expect we’ll hear a few of those tunes on his upcoming studio album, due out sometime later this year. 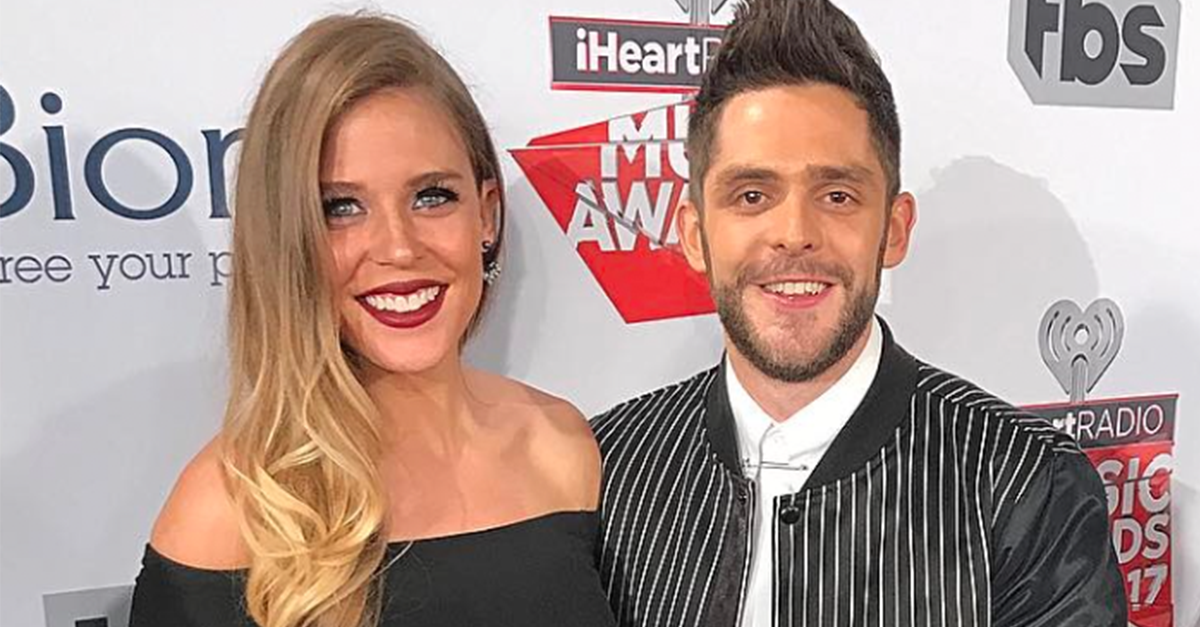