However, Thomas Rhett and his beautiful wife, Lauren, are taking that mentality to a personal level. The sweet couple has just announced that they’ll be adding to their family…in a big way. They are expecting babies! Yes, TWO!

They shared the same picture of the two of them holding balloons that spell out “BABY” on their respective Instagram pages, but T-Rhett let his lovely wife break the big news first! She wrote, “Our hearts are exploding with happiness for y’all to meet our new baby who we are bringing home from Africa soon who is also going to have a little brother or sister because, SURPRISE! There’s a sweet baby in my belly, too!”

Minutes later, Thomas Rhett shared his own post and his own joy, saying, “We are so happy to announce that we are pregnant and we are in the process of adopting a child from from Africa! Safe to say life is about to get crazy!”

Lauren told “People,” “We tried to get pregnant for a little bit before. It was a good chunk of time and our family is extremely fertile, so I was expecting it to happen easily. I was like, ‘Maybe this is the Lord’s way of telling me adoption is what he wants me to do.’ And I was OK with that.”

She adds, “It’s funny to me how we tried so hard and then we didn’t try at all and it happened. We feel like it’s all part of the plan.”

Thomas Rhett and Lauren Gregory tied the knot in 2012. The couple has known each other since kindergarten, but didn’t really start dating until after high school. Thomas told “Country Living,” “We kissed, and that was it. We dated for probably six months, and then we got engaged.”

Our heartfelt congratulations goes out to this sweet couple, who we know will make great parents! 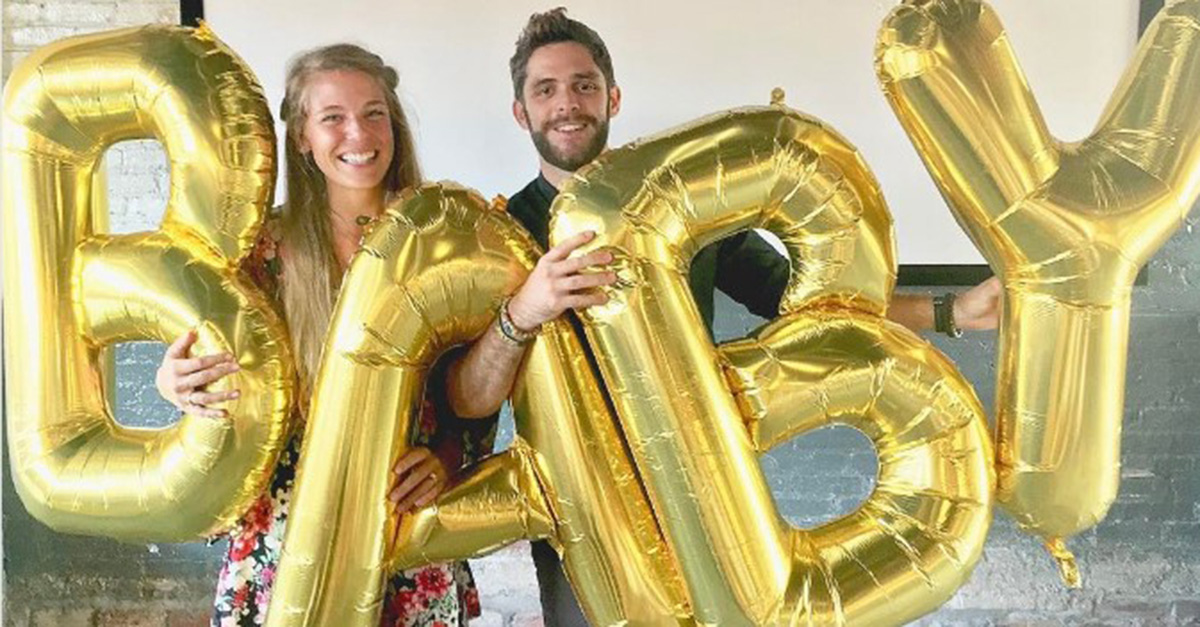