Thomas Rhett and his wife, Lauren, are preparing their house for two babies arriving in the next few months. Lauren is currently pregnant with one of the little ones, and the other one they’re adopting from overseas. Thomas admits he’s both excited and nervous for this big life change.

“It’s scary,” Thomas tells Rare Country, “It’s really scary. When we got married, we were 22 when we got married, and we always said we were going to wait two years to have kids. We’ve been married four and some change now. We tried for a little while to have a baby before we adopted. Then we just felt this calling to adopt first.”

Lauren has made multiple trips to Africa and Haiti working with orphans, and they really felt a calling to give one of those babies a home. It all seems so daunting until Thomas tells us about some other friends of his who’ve welcomed multiple children in their homes.

He says, “We have one friend in particular, that they’ve adopted six children. One of our friends over in Africa has adopted 30 children. So, when you think about adopting one, you think it’s overwhelming. But you look at your friends, and you’re like, ‘Dang, if they can do that, then we can do anything.'”

At the end of the day, it’s all about giving as much love and support to both of their new kids as possible.

Says Thomas, “We’re just going to incorporate both children into our lifestyle and just start a family. Get them involved in whatever they want to get involved in and teach them how to play the guitar, because I’m really banking on them for my retirement. So, we don’t know what we’re doing, but we know we’re going to love ’em to death.”

We can’t wait to see Thomas and Lauren tackle parenthood.

In the meantime, Thomas’ new single with Maren Morris, “Craving You,” has just been released as the lead single from his upcoming third album. 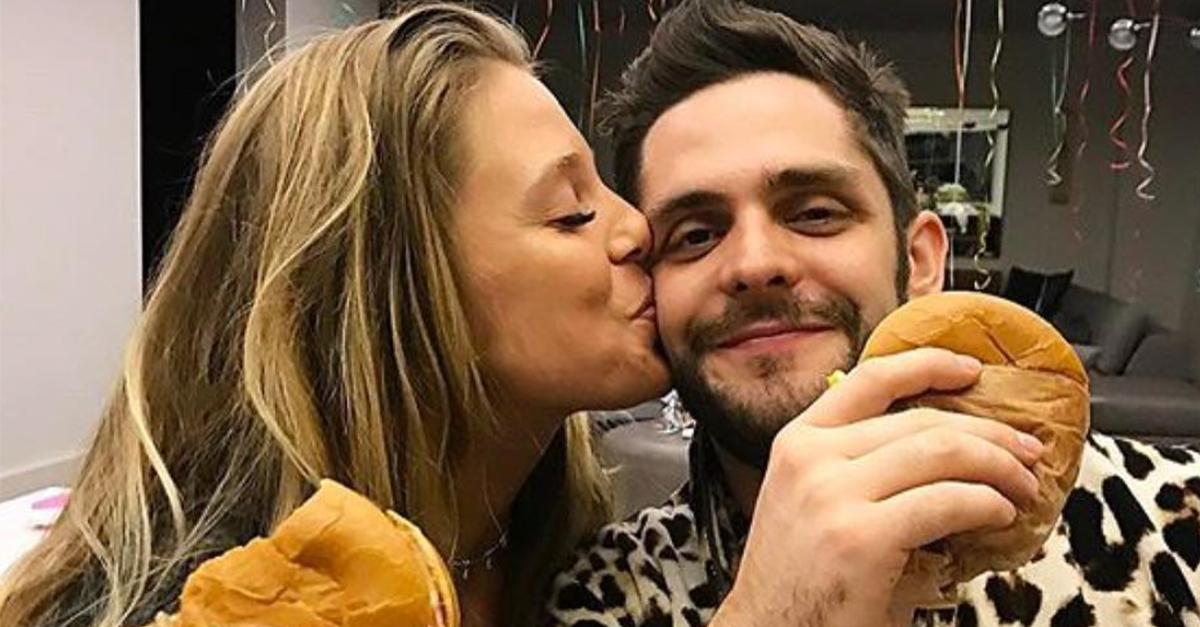