Tim McGraw and Faith Hill aren’t the only talented singers in their household.

The 49-year-old “Humble & Kind” hit-maker and his superstar wife of more than 20 years are parents to three beautiful daughters — Gracie, 19, Maggie, 18, and Audrey, 15. While each one of their kids has a natural singing voice, Tim says Gracie is ready to take hers to the next level.

RELATED: After 20 years, Tim McGraw and Faith Hill still have things to learn in this version of “The Newlywed Game”

But, Tim putting pressure on his daughter to make an album doesn’t mean that he will be making any of the calls once she sets foot in the studio. In fact, Gracie is confident enough to make her own decisions on her music.

“I don’t know that she would let me produce it,” said Tim of his first-born’s potential project. “She’s a better artist than I am a producer.”

Fans may recall that Gracie sang a duet with her famous father on the song, “Here Tonight,” which appears on Tim’s 2015 studio album, “Damn Country Music.” Although their father-daughter duet is country, Tim revealed Gracie takes an interest in other genres too.

RELATED: Tim McGraw tells us why he considers himself “lucky” to have Faith Hill

“She’s just such a great singer,” he said. “She loves Adele. She loves Beyoncé. She’s a unique stylist and writer and singer. One of these days it will show up.”

We love how Tim dotes on his daughters! And, we can’t wait to hear more from Gracie! 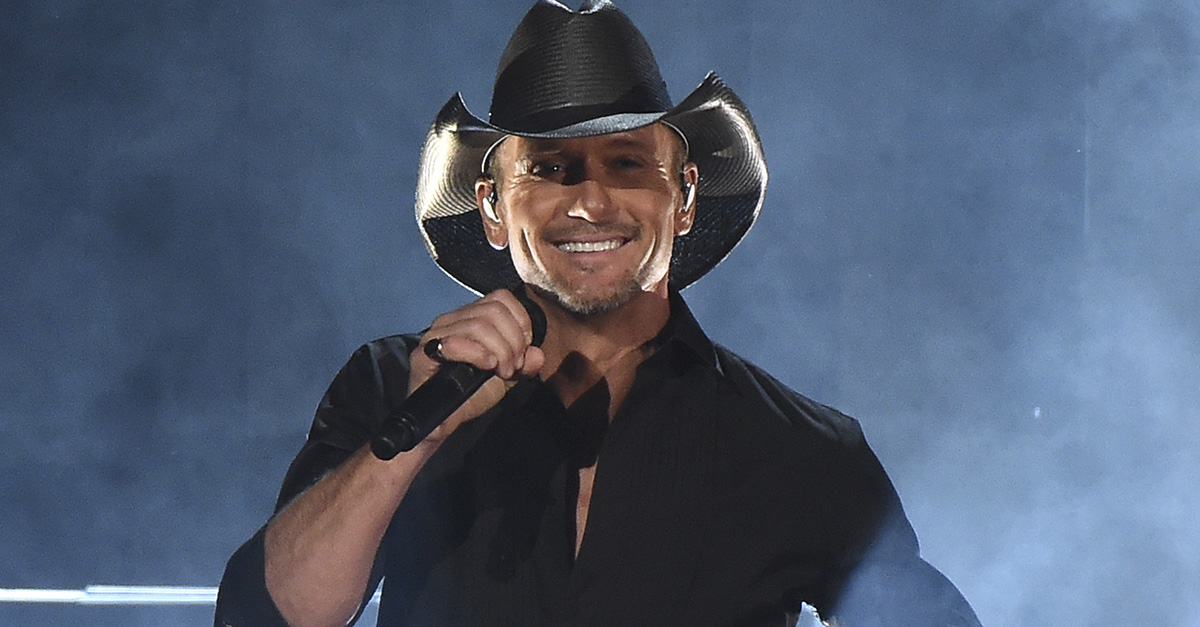