Country-leaning contestants Lauren Duski and Brennley Brown brought the house down when they joined forces onstage during the May 15 episode of “The Voice.”

Team Gwen’s Brennley and Team Blake’s Lauren swapped lyrics from a pair of barstools for the first half of the performance. They then got up to interact with the studio audience. Both singers gave an exceptional vocal performance with their own distinctive country sound. Brennley, who wore a patterned mini skirt and cowgirl boots, shined with her strong southern twang. And, Lauren, who donned a sparkly tank top and beige ankle boots, dazzled with her sweet and soft vocals.

This isn’t the first time that Brennley and Lauren partnered up for a duet on “The Voice” stage. Earlier this season, they faced off in a battle round performance of Little Big Town’s “Better Man.” This time though, the pressure to out sing each other was off.

You see, during the two-hour broadcast, they both had to deliver their own solo performances. For her solo performance, Lauren crooned a cover of “Ghost in This House” by Shenandoah. As for Brennley, she belted out Sara Evans’ “Suds in the Bucket.”

Brennley and Lauren will find out if they’ve made it to thseason 12 finale on May 16, when the top 8 finalists get whittled down to four. 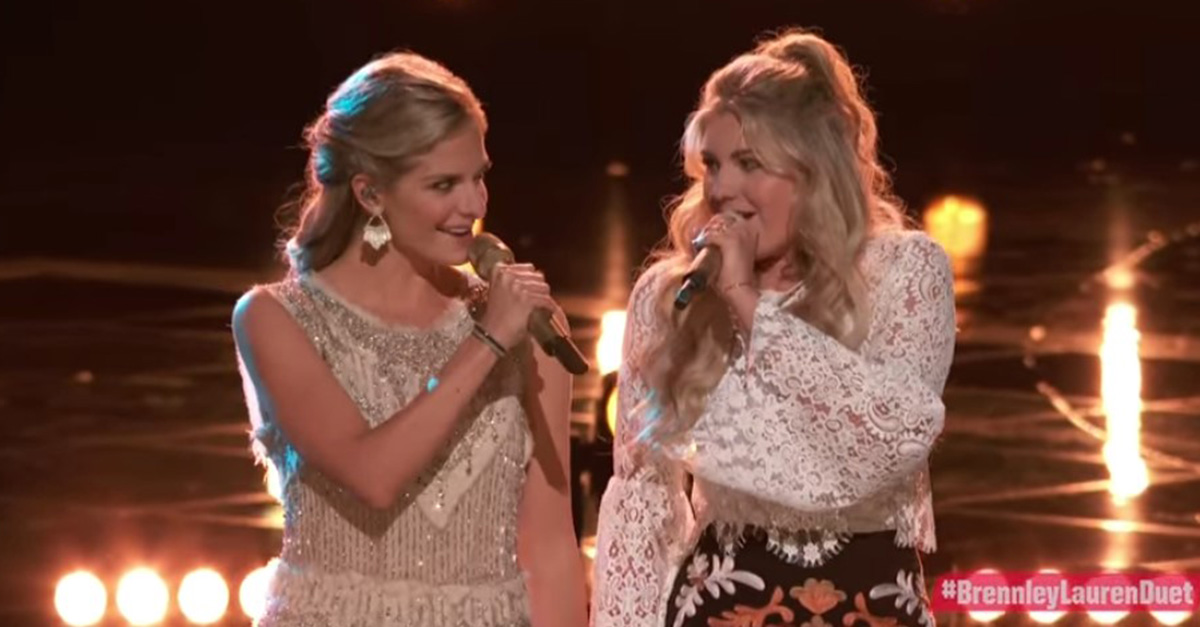