Willie Nelson has tapped Vince Gill and his western swing band, The Time Jumpers, for a very special project. It’s a tribute to their late friend and fellow Country Music Hall of Fame member Ray Price, who passed away in December 2013.

The album, titled “For the Good Times: A Tribute to Ray Price,” features Willie and the crew performing 12 songs Ray made famous, including the title cut, as well as two songs Willie wrote — “It Always Will Be” and the iconic hit “Night Life.”

RELATED: Vince Gill’s tribute to his “kid sister” will leave you breathless

Willie and Ray were friends from 1960 until Ray’s passing, and they recorded several albums together in the ’80s and 2000s. Growing up in Oklahoma, Vince always looked up to Ray for his mastery of honky-tonk songs and smooth ballads like “Make the World Go Away.”

In remembering Ray, Willie says, “People ask me who my favorite singers are — I say, ‘Well, there’s Ray Price and then there’s Frank Sinatra.’ I don’t think there was ever any doubt that one day I’d do a Ray Price tribute album.”

Willie goes on to tell “Rolling Stone,” “Ray was as a close a friend as you could have. We traveled together, lived together, played music together, partied together… and had a lot of good times.”

The tribute is even sweeter knowing where Willie recorded it. Ray finished work on his final album, “Beauty Is,” at Ocean Way studios in Nashville just weeks before he passed away. Willie and Vince headed back to that very studio to record the tribute album. It will go on sale Sept. 16. 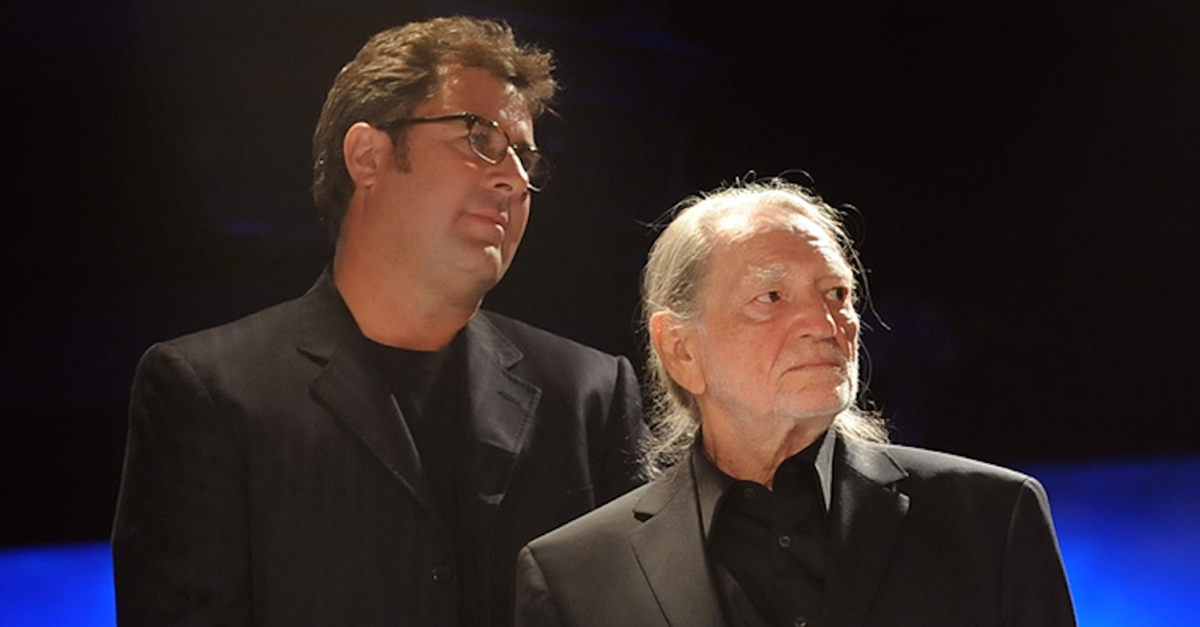