Nothing brings us to our knees like hearing Vince Gill’s sweet and tender tenor on a sorrowful ballad. You can just hear the tear in his voice, occasionally because there is also a tear in his eye.

It isn’t unusual for Gill to become emotional while performing his eulogistic “Go Rest High on That Mountain,” which he wrote for his late brother. In fact, he was so overcome with emotion performing the Grammy-award winning song at his longtime friend and fellow country music icon George Jones’ funeral, he was almost unable to finish the song.

Sadly, inspiration comes at a cost.

Over a year ago, Gill lost another member of his musical family when the sole female in The Time Jumpers lost her courageous battle with lung cancer. Dawn Sears had been part of Gill’s life for 22 years, providing background vocals both in the studio and on the road before joining the legendary swing band with her husband, fiddle player Kenny Sears. The night she died, Gill was on stage at the historic Ryman Auditorium with plans to visit his friend the next day. Sadly, that wasn’t to be, and when he learned that she had passed, the forlorn singer/songwriter put pen to paper and wrote a fitting tribute to sing at Sears’ funeral a week later, aptly titled “Kid Sister.”

The evening of the funeral, Gill performed another show at the Ryman. The good-natured country singer jokingly remembered that during their time performing together Sears sang the high parts, “and that’s hard,” making reference to his own lofty range. Gill also recalled that he could feel Sears’ spirit enter the auditorium at the moment of her passing and that inspired him to go home that evening and play her recordings.

“I was completely undone by the beauty of her voice,” he said.

That song has now become the cornerstone of the first album released by The Time Jumpers since Sears’ passing. “Kid Sister,” produced by Gill and available Sept. 9, is a tribute to the sweet soprano, as well as a celebration of country music and Western Swing for which the band is so well known.

For those new to the world of The Time Jumpers, the 10-piece band is made up of the finest musicians in Nashville. Gill and Kenny Sears are joined by Joe Spivey and Larry Franklin also on fiddles and vocals, Paul Franklin on steel guitar, “Ranger Doug” Green of Riders In The Sky on guitar and vocals, Billy Thomas on drums and vocals, Jeff Taylor on accordion, piano and vocals, Andy Reiss on guitar and Brad Albin on bass.

They remain without a female vocalist. 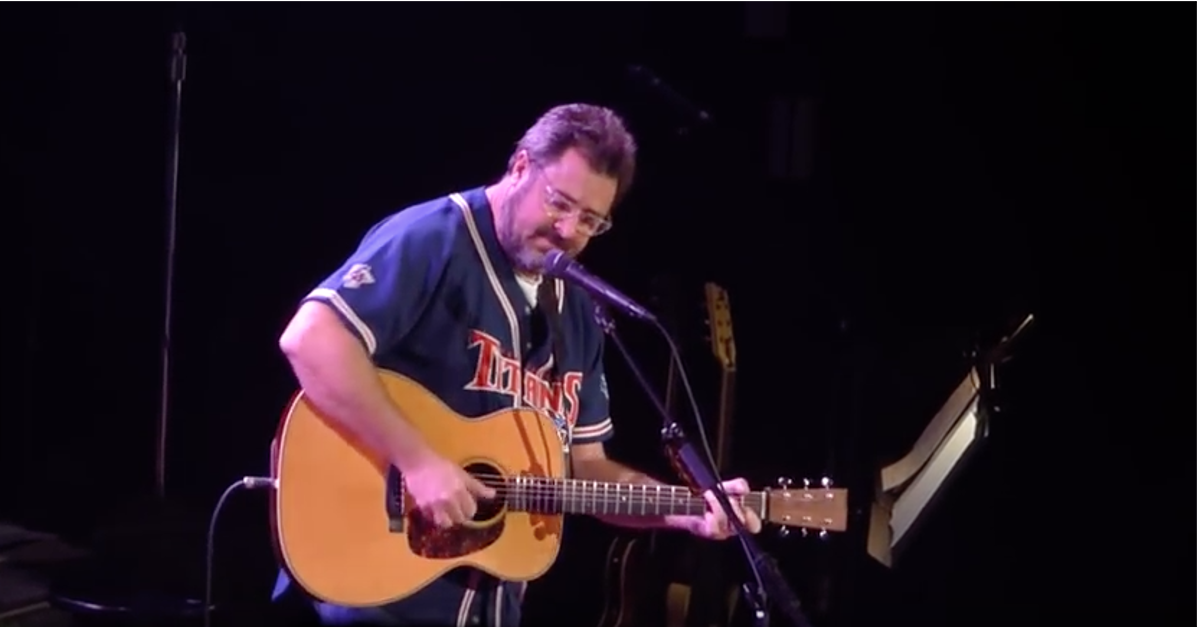