There are moments in every country music fan’s life where he has to wonder if it’s worth it to jump onstage and finally hug the artist he loves?

RELATED: Brantley Gilbert says getting married broke a big promise he made himself

Take this guy for example, who decided to go against the rules while attending Brantley Gilbert’s show in Chicago. While there was a moment where Brantley seemed to welcome the unexpected visitor to the stage, it wasn’t long before security took the guy down. But heck, Brantley still offered a fist pump to the man who had to be an avid fan.

And boy does he love his fans.

Recently, Brantley found a way to make sure that all of his hardcore fans get to see him on the summer leg of his The Devil Don’t Sleep Tour.

“Look I love the lawn and how much fun everybody has up there,” Brantley said in a press release about the select tickets that will be sold for just $20. “But I also know some of my most hardcore fans come for the music. They want to be under the roof, where they can really see and hear the show. I hate that it’s always impossible for the folks in the BG Nation, who’re trying to make ends meet, to get into those seats – so we’re teaming with Live Nation to create a Working Class ticket. I know times can be tight, and no matter what you’ve got going on, if you wanna come hear the show, we’ve got you covered.” 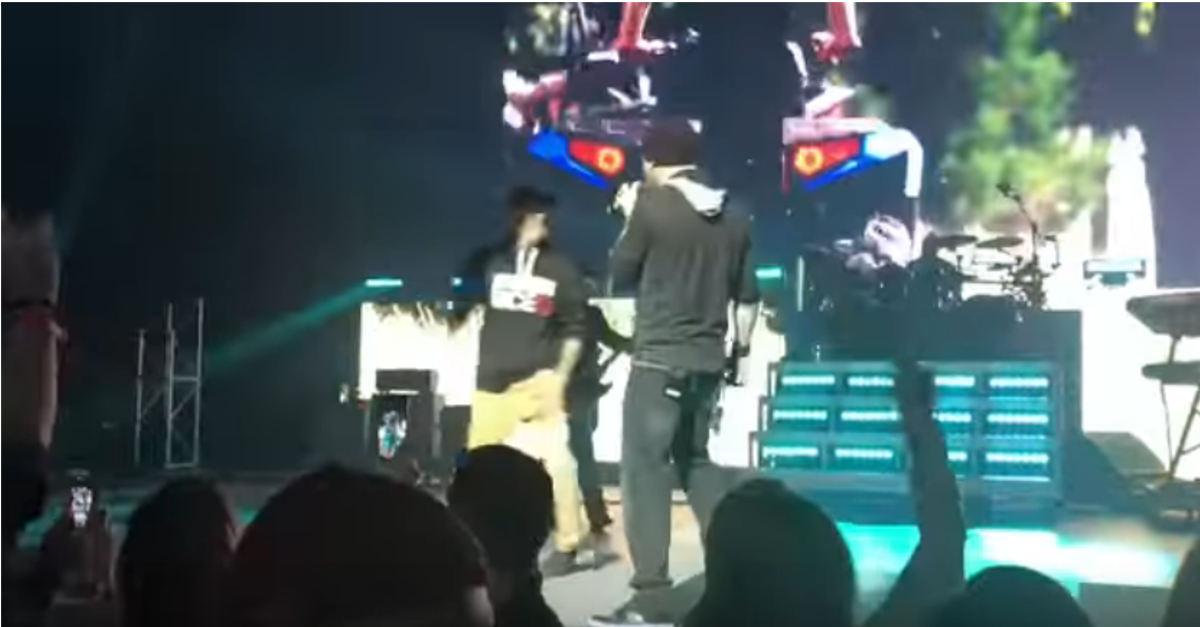