NASCAR drivers live a life filled with danger. Every time they strap into their race car, they know there is a chance that they might not only get in an accident, but they could also possibly lose their lives.

It’s a crazy way to make a living.

Yet, countless drivers still vie for the chance to compete in NASCAR – even though many of those same drivers admit that getting caught up in a fire while strapped into their seat is a true fear.

On March 18 at the DC Solar 200 at Phoenix Raceway, NASCAR XFINITY Series driver Joey Gase found himself in that exact situation, as a fire erupted in turn four. Feeling a tire going down, Joey slammed into the wall. Yet, the situation got more serious as the flames began to take over the car.

Luckily, Joey’s instincts quickly took over, as he decided to stop right there on the straightaway and get out of the car. After being evaluated in the infield care center, Joey was released without any serious injuries.

“Well this pretty much sums up our day with a tire/break failure,” he wrote in a tweet later that evening. “The only good news is that we got good TV time for @DonateLifeAZ.”

Well this pretty much sums up our day with a tire/brake failure. The only good news is that we got good tv time for @DonateLifeAZ … https://t.co/J8UB17ZZK9

We are thankful you are OK, Joey! 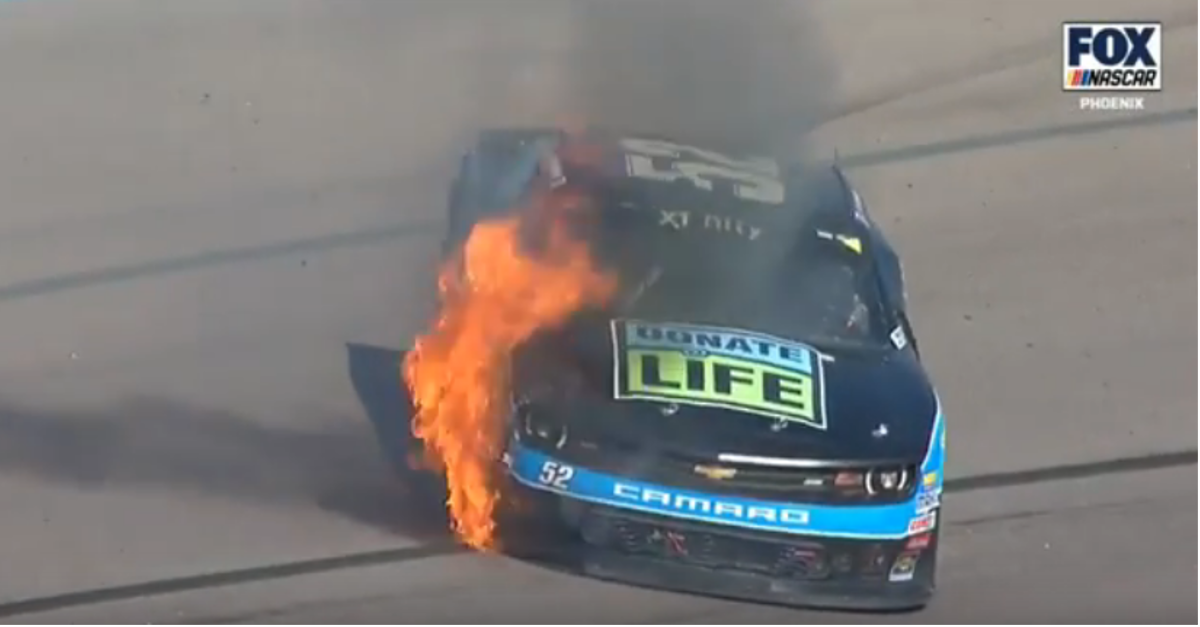