It’s no doubt that the world took notice of Carrie Underwood during season 4 of “American Idol.” Not only did she win the crown during the show’s finale, but she also went on to become a global superstar who we know and love today!

However, back in 1998 — more than five years before she set foot on the “Idol” stage — the Oklahoma-born songstress was ironically singing a different tune — one called “Maybe He’ll Notice Her Now.”

In this incredibly rare video, a teenage Carrie can be seen on a stage in Fort Smith, Arkansas, along with backup band 71 South. Although she’s young, it’s clear that she was poised for success even in her pre-“Idol” days.

“We’re going to slow it down a little bit,” says Carrie in this video, as one musician begins to play synthesizer in the background.

Then, the curly-haired cutie, sporting a vintage vest, launches into the tune with her sweet and southern twang. Toward the end of the song a cowboy-hatted harmonizer echoes her on the lyrics “maybe he’ll notice her now” and “maybe he’ll open his eyes.”

“Maybe He’ll Notice Her Now” was released on Jan. 6, 1997, off of late country singer Mindy McCready’s “Ten Thousand Angels” album. The song, which was written by Tim Johnson, became a top 20 hit on the Billboard Hot Country Singles & Tracks chart.

Watch the video above to see Carrie’s amazing performance before she became a worldwide superstar! 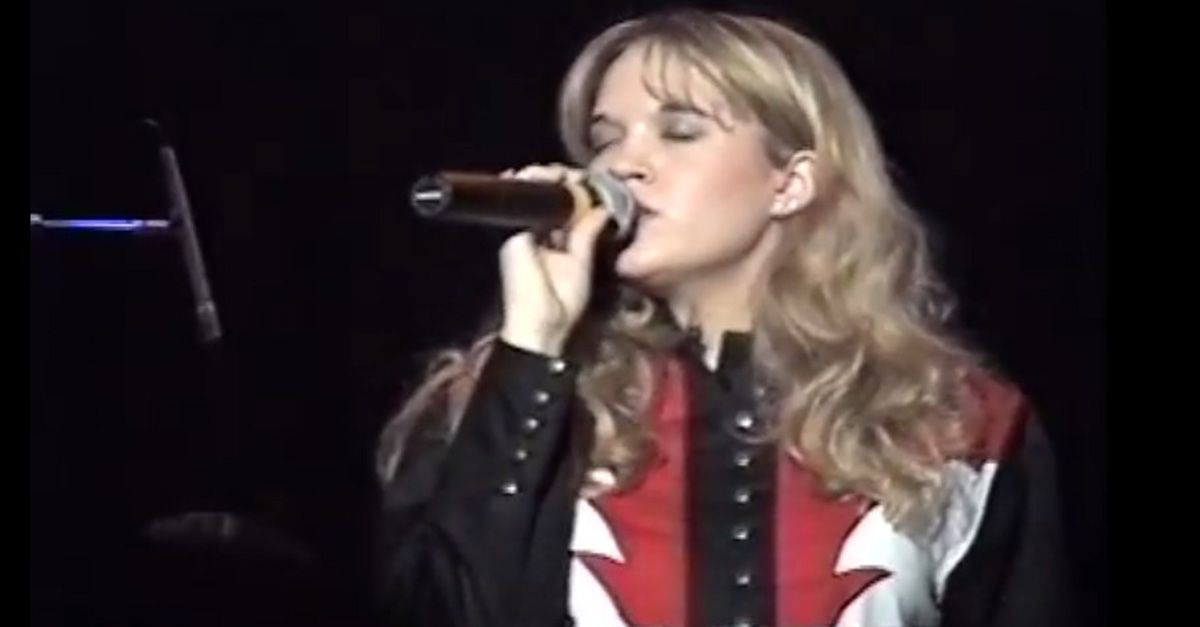