Everyone has those moments where they need to get some pent-up aggression out — even when your name is Luke Bryan.

And from the looks of this video, he had a lot of aggression to get out.

RELATED: Luke Bryan and Jimmy Fallon join forces for a parody that’s sure to go viral

Luke Bryan was wrapping up a show in Greenville, South Carolina on March 11 as part of his crazy popular Kill the Lights Tour when he asked a tech to fetch him a guitar.

“At the end of the show he asked his guys to bring [his guitar] back out, and then he destroyed it and gave pieces of it to the fans,” Jolene Knowlton told Rare Country about the show where she took this video and wondered if Luke might have been dealing with the effects of a bad cold. “I’ve seen Luke 58 times and never seen him that upset.”

Luke had mentioned in a pre-show concert on March 9 in Virginia that he was feeling under the weather with what he jokingly called “the crud.”

Nevertheless, the consummate perfectionist made sure the show went on. And maybe he was just in the mood to destroy a guitar. Heck, remember when Garth Brooks used to demolish his guitars back in the day? 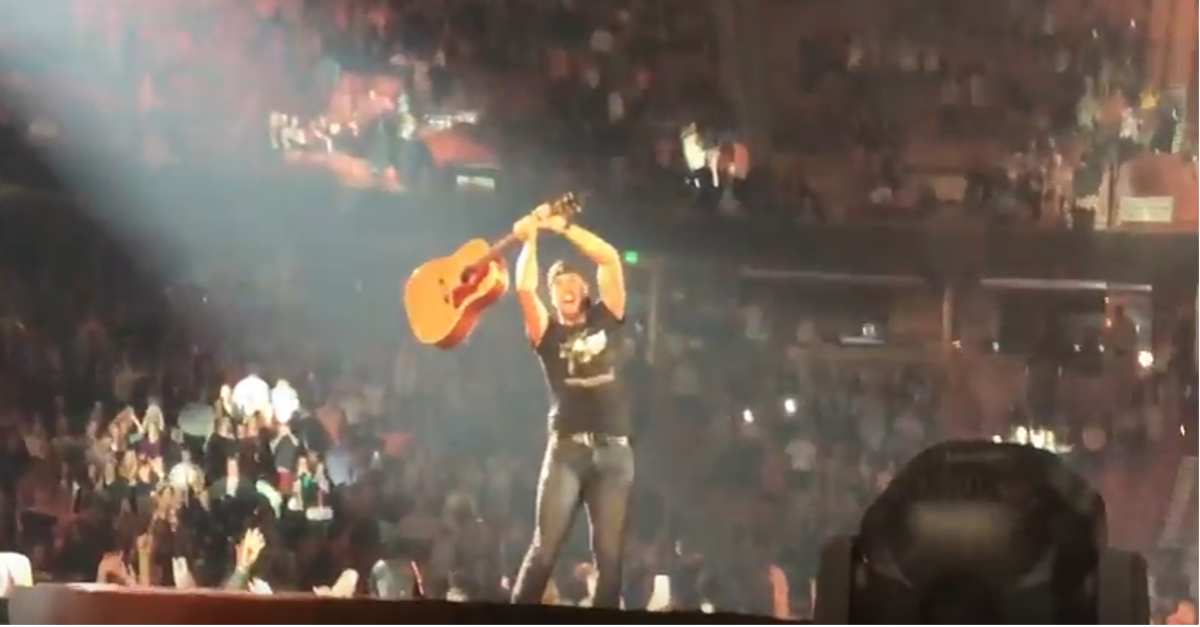