Luke Bryan stopped by “The Tonight Show Starring Jimmy Fallon” on March , to debut his latest track, “Fast,” and to also challenge two famous actors in the ultimate game of catchphrase.

During the friendly competition, the country crooner and host of the show, Jimmy Fallon, teamed up against actors Octavia Spencer and John Lithgow.

This isn’t the first catchphrase challenge that Luke has played. In 2015, he and Jimmy out to their opponents, Chris Meloni and Steve Higgins. So, this gave them a chance to redeem themselves. But, due to his previous loss, Luke naturally felt a bit insecure.

“I appreciate you getting world-class actors in here to compete against [me],” he jokingly said to Jimmy.

Despite his intimidation, Luke put on his game face and drew a rather fitting card from the pile. The draw had him acting out the word “opera.” Without giving the actual term away, Luke held a long, low note, which allowed Jimmy to guess the word right away. And, it was clear that Luke and Jimmy had a groove going, as they continued to quickly call out correct words like “jump rope” and “Scooby-Doo.” In fact, they won the first two rounds of the game.

RELATED: Luke Bryan tells us what Christmas morning is really like in his house

But, things took a turn during round three, which was worth 8,000 points. It was then that Luke struggled with the last phrase, “off the record.” The escalating beep of the buzzer went off, and Luke dropped his card on the table knowing full well that he blew it.

Thankfully, Luke doesn’t have to worry about being a pro at catchphrase since he’s a gifted country singer. Luke is currently on the road for his Kill The Lights Tour in support of his album of the same name. In May, he’ll launch his Huntin,’ Fishin,’ and Lovin’ Everyday Tour. 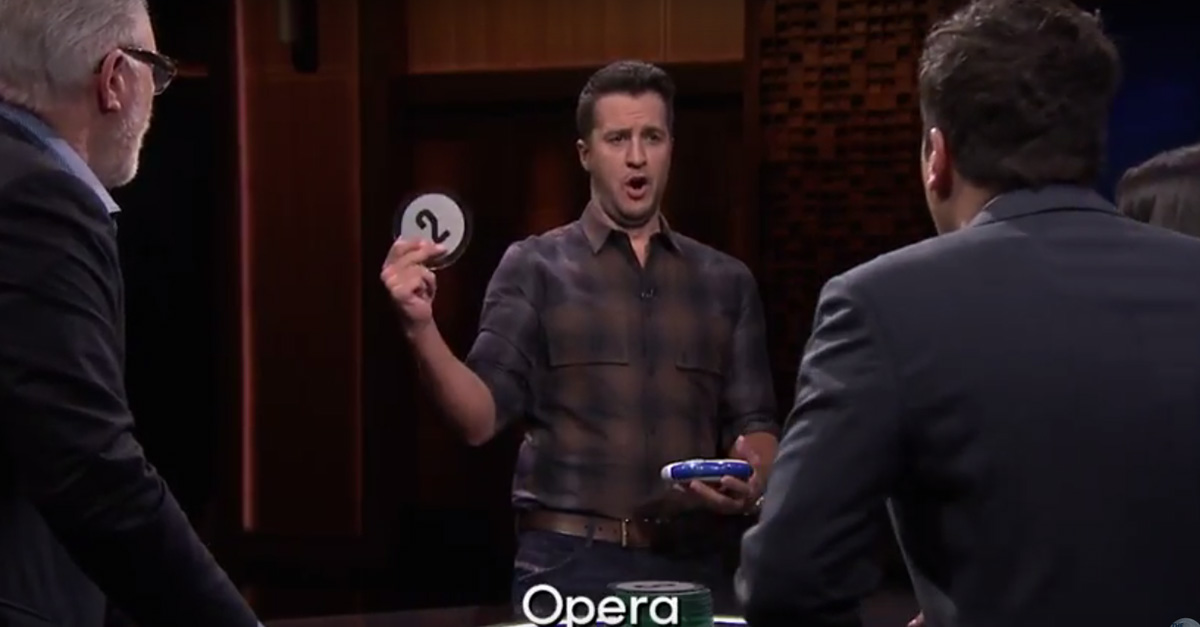