There are plenty of songs that get people into the Christmas spirit, but one in particular reminds us to be ready for the festive day when it arrives.

That tune is “Christmas Time’s A-Comin’.”

RELATED: Watch as the legendary Randy Travis gives this rising country star the surprise of his life

Back in 2008, country music superstar Randy Travis performed the jolly jingle as part of a full-length holiday concert called “Christmas on the Pecos.” The show was filmed in the Chihuahuan Desert of Carlsbad, New Mexico.

In this video, Randy appears onstage beneath a string of hanging Christmas lights and in front of a beautiful Pueblo Revival architecture backdrop. Clad in his rugged, fringed leather jacket, the neo-traditionalist belts out the joyful song utilizing his deep baritone vocals, as a large audience claps along to the bluegrass beat.

Aside from “Christmas Time’s A-Comin,” Randy also sang a dozen other tunes, including “Pretty Paper,” “Winter Wonderland” and “How Do I Wrap My Heart Up for Christmas?”

Fans may recall that back in 2013, Randy suffered a serious stroke that nearly took his life. While it was unclear whether or not he would ever sing again, he’s since been making strides. In October, the country legend took the microphone to deliver a few lyrics of “Amazing Grace” during his Country Music Hall of Fame induction. Then, at the 50th annual Country Music Association awards, he sang the last line to his classic hit, “Forever and Ever, Amen.” 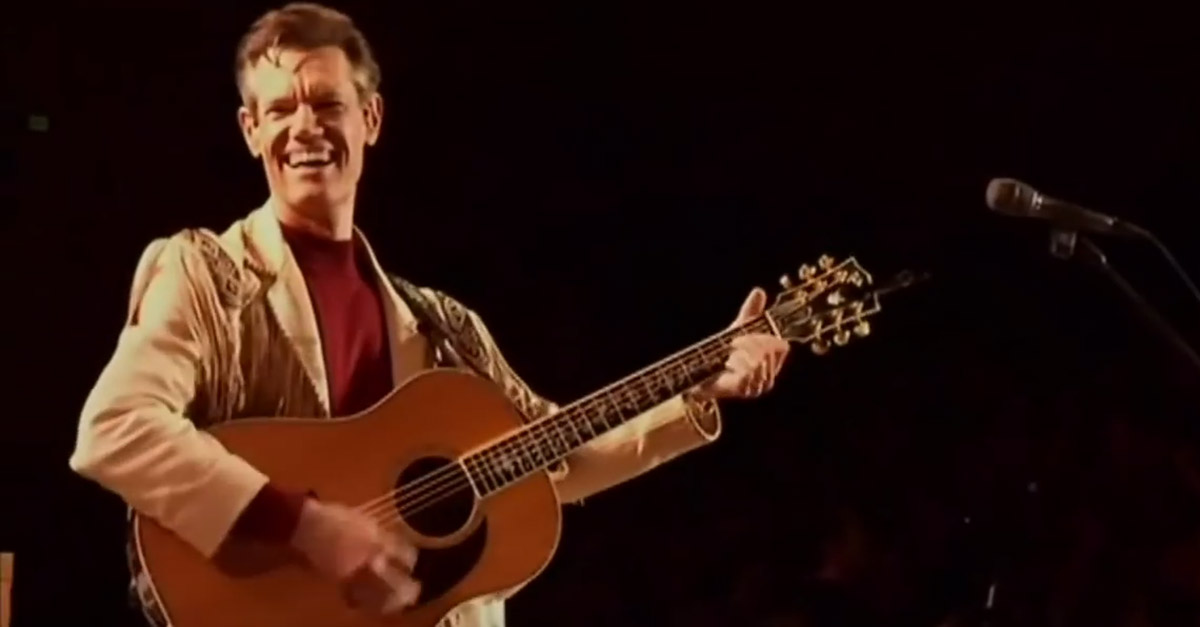