Her name is Addy. She has a firecracker of a personality and an undeniable accent that everyone is quick to fall in love with — even Luke Bryan.

Oh, and she is blind.

But that doesn’t matter to Addy when she’s just there to listen to the music.

And that’s exactly what she was doing when she was surprised by Luke Bryan at a recent concert. Singing his song “Crash My Party,” Luke seemed downright enthralled by the little girl standing in the pit. It was a moment that no one in attendance will soon forget.

Come to find out, Allie also had the amazing chance to attend a meet and greet with Luke before the concert. She used the time wisely, talking with him about everything from his music room at home to her favorite song and the instruments he would play later that night.

“When you hear ‘Strip It Down,’ I’ll be playing the keyboard that you are hearing,” Luke told the precious little girl about her favorite song. 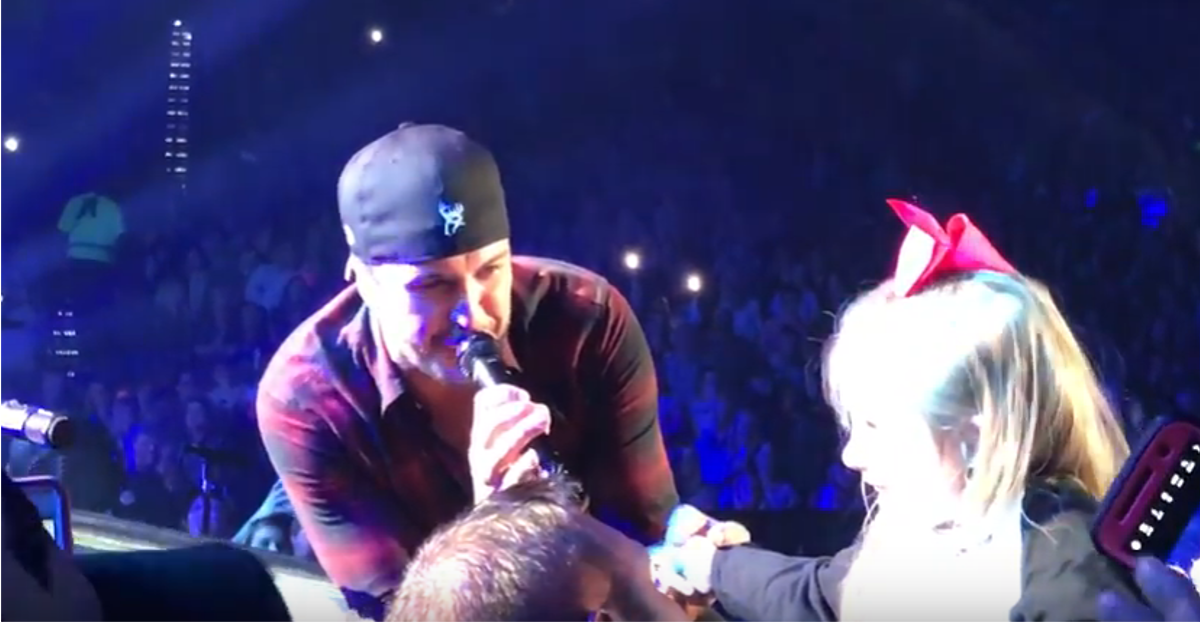