Our favorite country stars all have influences that run the gamut of musical formats. George Strait listened to The Beatles and Frank Sinatra, along with Merle Haggard and Hank Williams. Garth was a big fan of James Taylor and Kiss, as well as George Strait and George Jones. And current acts like Florida Georgia Line and Thomas Rhett find influences in whole other formats in addition to country, including hip-hop and rap.

And most contemporary female country stars have to give props to Britney Spears. Whether it’s her music, her shows, her style or her strength, Britney has something to say, and one country star who’s hearing it is Lauren Alaina.

RELATED: Lauren Alaina tells us why she just might be the luckiest girl in the world

In a new post on her Instagram page, our sweet little Georgia peach pays homage to the pop icon with a little song and dance to Britney’s signature hit, “…Baby One More Time.” Lauren puts her hair in braids and ties her blouse up around her waist, much like Britney did in that famous video that made being a school girl sexy. However, her backup dancers are decidedly different than Britney’s.

Lauren’s band members, which happen to be all fellas, are providing those sexy moves, and it is beyond hilarious. It’s also quite remarkable because they don’t miss a step. What’s even more unbelievable, though, is that no one cracked up during the much-too-short performance. Now, we really want to see them do the whole song.

RELATED: Watch Lauren Alaina bring down the house with this stunning new performance

We’re sharing Britney’s video here, too, in case you want to compare, but Lauren always has had and always will have our vote for country music’s super starlet. 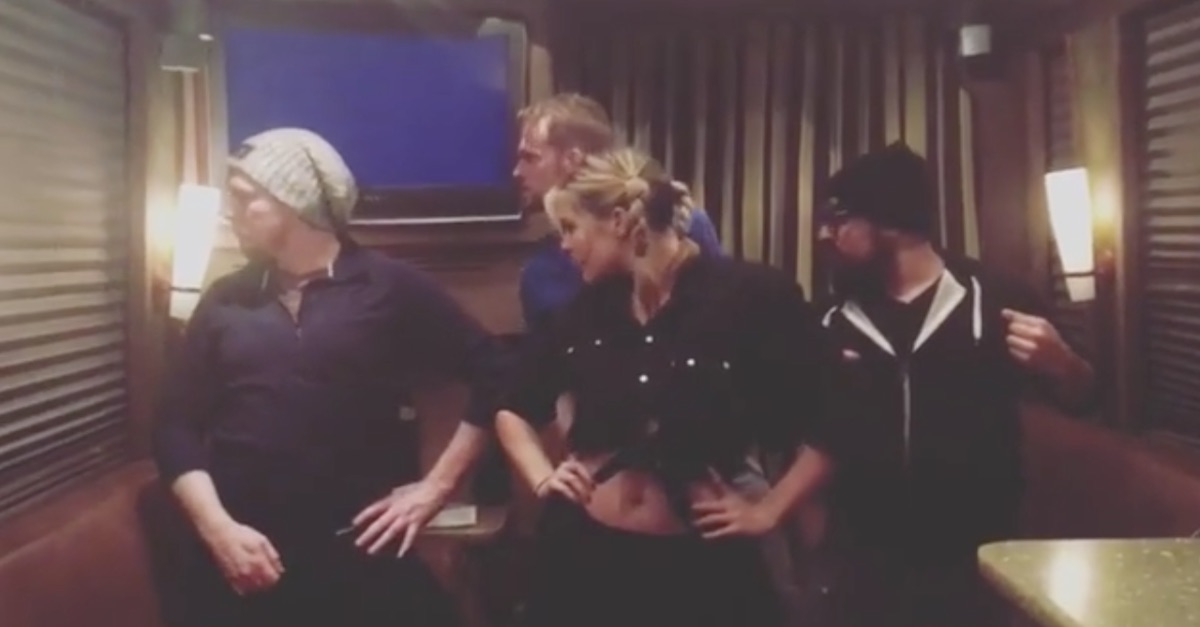