Fans of CMT’s “Nashville” are having huge reactions to the death of the show’s beloved star character, Rayna Jaymes, following a devastating car accident. Here in Nashville, everyone is talking about the death as if Rayna really was one of country music’s longest running megastars.

For most viewers, Rayna was the center of “Nashville” for its entire run, so they had to be very careful about the decision to kill that character off. It was Connie Britton’s decision to leave “Nashville,” so they had to write Rayna off the show. She started thinking about leaving the show before “Nashville” ever made the jump from ABC to CMT this season. The plans were set in motion as Connie and the show’s producer hashed out how Rayna would depart.

RELATED: Connie Britton offers her words of comfort to “Nashville” fans still reeling over that ending

Connie tells “The Hollywood Reporter,” “We both agreed — and I said to him that what was most important to me was that we really do justice and honor the character and all of these characters and the world that we’ve been living in for these last five years.”

Connie has no doubt “Nashville” will remain a strong show without Rayna thanks tot the other strong characters on the show.

“Every single one of these characters is incredibly beloved by the fans and essential to the world of ‘Nashville.’ I think it’s really going to be exciting and beautiful to see them go on in that world.”

Saying goodbye to Rayna wasn’t easy for Connie or any of her co-stars as they shot that devastating final scene.

“Nobody could get through them without crying,” Connie explains. “Saying goodbye is really hard.”

While it may seem harsh to just kill Rayna off, Connie and the producers knew it was the only way to go.

Says Connie, “I actually said, ‘Is there a way to do this where she doesn’t die?’ But we thought about it and [show creator Callie Khouri], too, and we realized that Rayna would never leave her children or Deacon. So there really wasn’t any other alternative. Trust me, if there had been that would have been my preference!”

Connie will appear in a few more episodes in flashback sequences, and she adds she’s open to appearing in the show’s series finale if it makes sense. 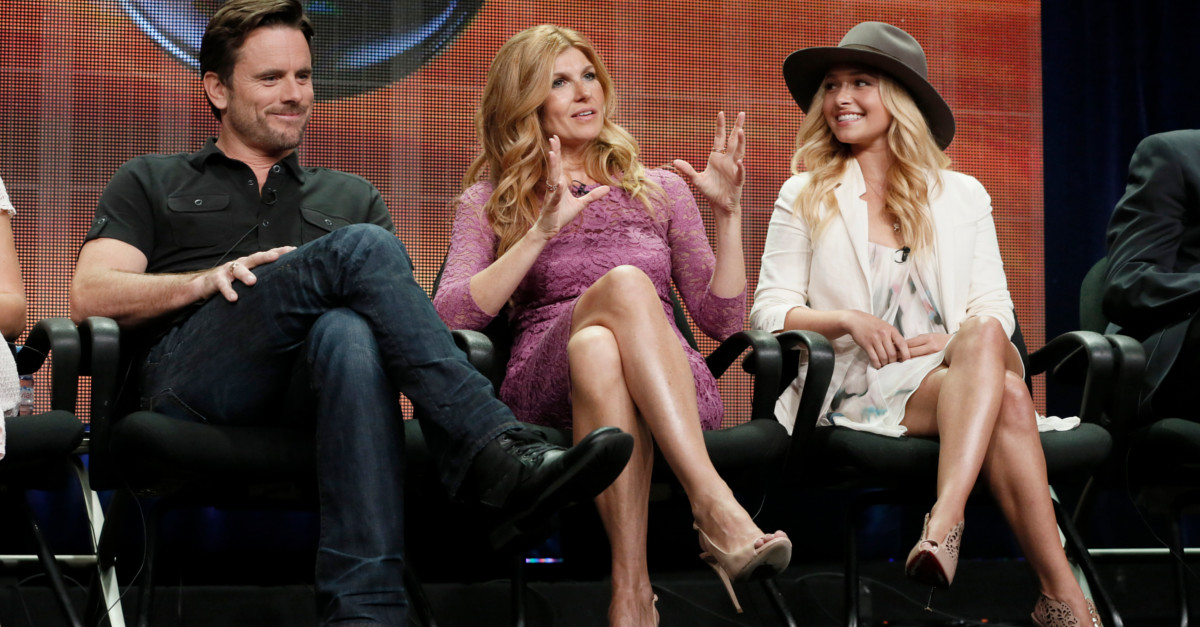