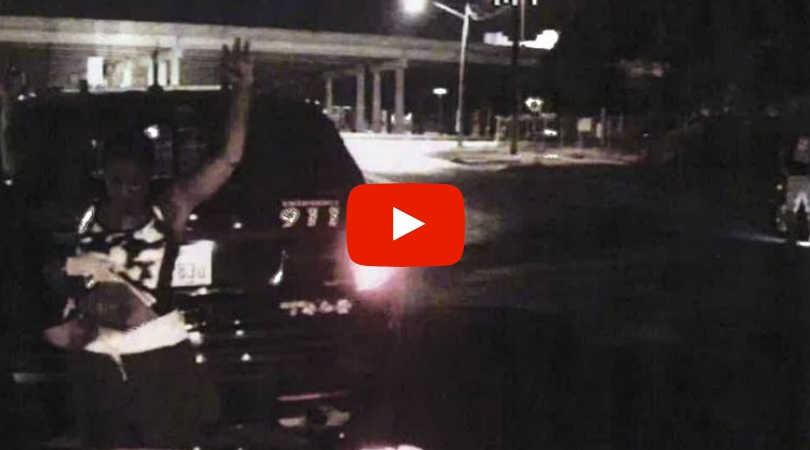 Via KSAT
Via KSAT

The City of San Antonio is scheduled to vote this week on a possible $205,000 settlement for a woman who claims a San Antonio police officer pulled out her tampon and proceeded to do a cavity search on a public street. Natalie D. Simms filed a federal lawsuit against the City of San Antonio and now-retired female officer Mara Wilson for the incident, which occurred on August 2016. The lawsuit states the search violated Simms’ constitutional rights.

According to Simms, she was approached by police while sitting on the side of the public street while talking on the phone and waiting for her boyfriend. Simms had driven her car to the area and consented to a vehicle search. Documents state that despite not finding “anything illegal during the search of the vehicle,” a female officer was called to do a thorough strip search of Simms’ body.

The woman alleges the officer slid down her shorts and examined her vagina in view of the street while male officers were present. The officer also pulled out a tampon and inspected it in front of the other cops. https://t.co/bLsHHoAHAr

Detective Mara Wilson arrived on the scene and proceeded to conduct the search in front of several male officers. The search was also recorded by a dash camera on Wilson’s police vehicle. The lawsuit details the conversation between Wilson and Simms during the search, which indicates that Simms did not content to a vaginal search.

Wilson pulled Simms’ pants and underwear down in public on the side of the road and proceeded to use her flashlight to search the area. She also pulled a string attached to a tampon out of Simms’s vagina. The officer allegedly “dangled” it for approximately 23 seconds, making rhetorical questions in plain view of the male officers that were also at the scene.

Court documents reported that Wilson told a detective she was “searching everything,” and removed Simms’ tampon because she “just wanted to make sure there wasn’t anything there.” The lawsuit also showed the conversation between Simms’ and the SAPD Officer, reading:

WILSON: Uh-huh. Are you wearing a tampon, too?

WILSON: Okay. I just want to make sure that’s what it is. Is that a tampon?

WILSON: Huh? Is that a tampon?

SIMMS: It’s full of blood, right? Why would you do that?

WILSON: I don’t know. It looked like it had stuff in there.

SIMMS: There ain’t nothing in there.

The Texas officer reportedly also commented on Simms’ pubic hair and continued to tell her that they could not go to the police station to finish the search, despite her persistence. Simms was allowed to drive away following the search after officers weren’t able to find anything illegal. She filed the lawsuit in March 2018.

According to Newsweek, Wilson was never disciplined for her actions as an internal affairs investigation found that there were no department policies violated. When asked about her retirement, Wilson stated she had intended on retiring from the force long before the incident ever took place.

If approved during a city council meeting, the settlement money would be paid from the city’s self-insurance liability fund. Simms’ attorney is asking for a jury trial.