The “Skull Breaker Challenge” Is Sending Teenagers to The Hospital 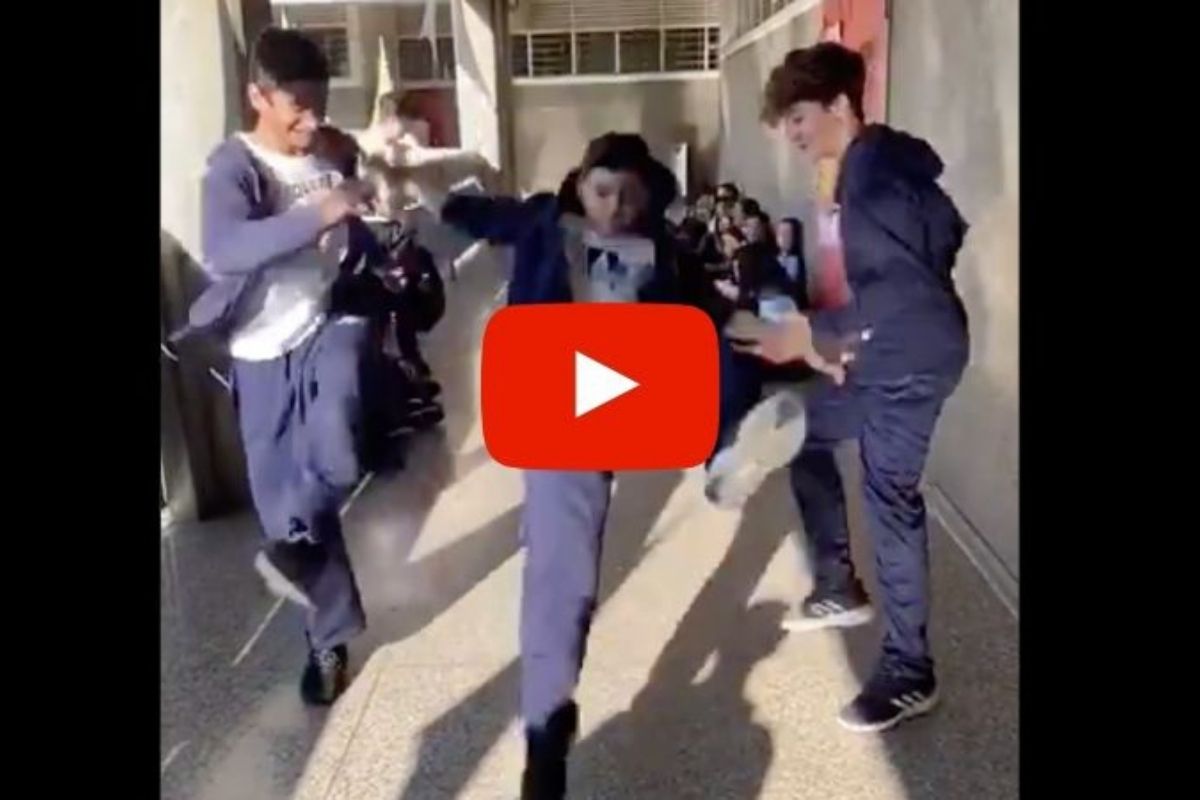 Oh look, another challenge that kids are participating in that is putting their life at risk. In case you don’t know what the Skull Breaker Challenge is, well, it’s just that. A challenge that can break your skull. I have lost faith in all teenagers.

The stupid stunt is said to have originated in Spain after three students were filmed jumping next to each other. Then, out of nowhere, the two “friends” on the side of the guy in the middle are seen kicking the kid’s feet out from under him.

The #skullbreakerchallenge which is currently trending on #tiktok is fatal. Please pay attention to our kids. pic.twitter.com/SQi9RPpk6j

To which yes, this poor kid falls straight to the ground, landing on his back and hitting his head on the concrete floor. Not only that, but you can actually hear the THUMP as soon as this kid’s head hits the floor. Now, I don’t have to explain to you why this is so dumb, right? I mean, these kids could have bled out in a matter of seconds if he would have hit the floor harder! I hope he didn’t get a concussion.

Listen, as someone who has written about multiple trends and dangerous challenges on the internet, and shaming kids for doing them, this by far wins the prize. This is seriously one of the dumbest things I have ever seen on the internet. It’s not even funny. I didn’t even laugh, I gasped from how worried I was about this kid. You’re literally kicking someone straight to the ground with the intent to harm as a stupid prank. This is even more stupid than any tide pod challenge.

Because yes, you know that they are going to hurt themselves. If your idea of going viral means killing someone, then you’re insane. Continue your idiotic games and land in jail, by all means. Believe it or not, there have been several responses to the TikTok from medial officials urging people not to try it. Even doctors have created their own videos asking people to #StopTheSkullBreakerChallenge, because well, they don’t want them to kill anyone either.

Parents are also urging children to stop participating due to several injuries. Through Facebook, Arizona mom Valerie Hodson shared a picture of her son, who was tricked in the stunt by two friends. The boy reportedly landed flat on his back and head, struggled to get up and lost consciousness.

She noted, “The school monitor ran to his side, all the while the 2 boys were snickering and laughing as his stiff unconscious body lay on the asphalt. Fast forward at the hospital, he has a head injury, stitches [sic] in his face, severe cuts inside his mouth, and 2 front teeth I have to keep an eye on. This apparently is a Tik Tok viral prank being filmed and gaining likes on social media.”

Days later, a mom in Alabama shared a similar warning, after her son had to get surgery on his wrist as a result of the dumb TikTok prank. Tik Tok did note the safety and wellbeing of their users is a top priority of the app.

“As we make clear in our Community Guidelines, we do not allow content that encourages, promotes, or glorifies dangerous challenges that might lead to injury, and we remove reported behavior or activity that violates our guidelines. To help keep our platform safe, we have introduced a slate of safety features geared towards enhancing our users’ experience, including tools for reporting inappropriate content and for managing privacy settings.”

According to Nathan Richards, MD, who spoke with Yahoo lifestyle, the challenge to be associated with a variety of serious and even life-threatening injuries” which include bruising hematoma, next train, skull fracture, neck fracture, concussions and long-term complications of concussion, loss of consciousness, bleeding in or around the brain, paralysis, and death.

Richards, who is the physician who specializes in Internal Medicine and Pediatrics at the Ohio State University Wexner Medical Center, explained that although the prank seems harmless to two adolescents and children, they should still be educated on the potential serious consequences it can bring to one.

These Dumb kids and the skull breaker challenge. They are unable to see the dangers of this prank. Foolish generation they can’t think at all. Why would anyone want to hurt their friend. They are being tricked by evil spirits pic.twitter.com/rHP9AVzQpB

So there you have it kids. Stop being stupid and go to school.

Editors Note: This article was originally published on February 20, 2020.