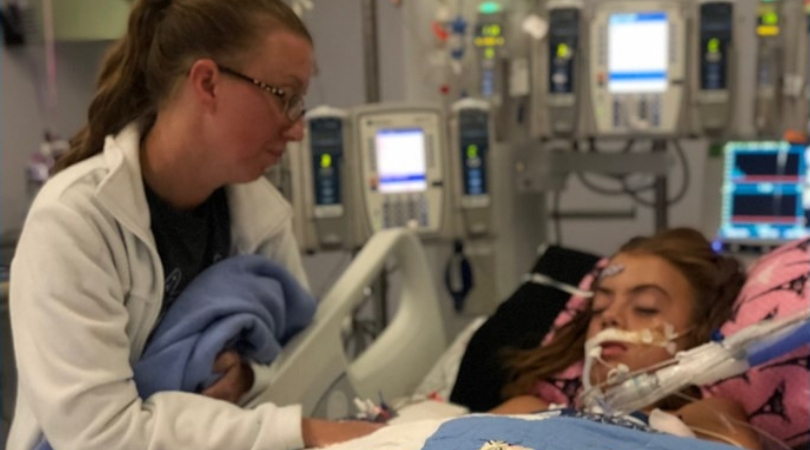 It was a tragic day for a family in central Texas after 10-year-old Lily Mae Avant passed away after contracting a brain-eating amoeba. Avant’s family said the girl began to feel ill on Sunday, September 8, but doctors initially thought she had a virus that was going around in her school. The girls started experiencing headaches and a fever, appearing to be suffering from symptoms of a common virus.

By Tuesday, she was airlifted to Cook Children’s Medical Center in Fort Worth where it was confirmed she had indeed contracted a brain-eating amoeba. Her mother went to go check on her the day before after she heard strange noises coming from the girl’s room, and found her incoherent and unresponsive. The family isn’t aware of how or when she got the virus but said she’d been swimming Labor Day weekend in the Brazos River near Waco, Texas.

I am so sorry to pass along this sad update.

The family of Lily Mae Avant, who contracted a brain-eating amoeba, tells me she passed away overnight at Cook Children’s in Fort Worth. “She fought the good fight” & touched so many lives.

The Texas Department of State Health Services stated deadly brain-eating amoebas are common, but infections are not. They are found in warm freshwater and enter through the nose. One cannot contact an amoeba just by swallowing the water. The majority of infection the United States have been caused by Naegleria fowleri from freshwater bodies of water that are located in southern-tier states such as in rivers and lakes.

Naegleria fowleri Infections cause the disease PAM, known as primary amebic meningoencephalitis, which is a brain infection that leads to the destruction of brain tissue. The Centers for Disease Control and Prevention state symptoms of PAM can be similar to symptoms of bacterial meningitis and can start 5 days, ranging from 1 to 9 days, after infection.

Symptoms include fever, nausea, headache or vomiting. Later symptoms can include confusion, stiff neck, lack of attention to surroundings of people, seizures, loss of balance and hallucinations. After symptoms occur, the disease can progress rapidly and usually causes death within 5 days, ranging from 1 to 12 days.

Watch: What you need to know about flesh-eating bacteria