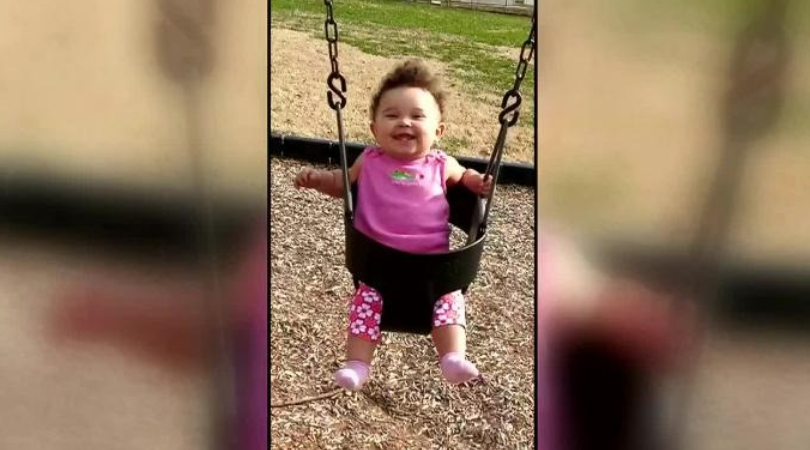 Via KWTX
Via KWTX

A family in St. Louis Country, Missouri is mourning the death of 11-month-old Joseline Eichelberger after she tragically passed away due to being left inside a vehicle. The toddler was reportedly found 16 hours later.  First responders were called to a home in Clayton Park after a relative found the toddler by herself in the car around 4:30 p.m.

Unfortunately, upon arrival, first responders were unable to revive her, stating she suffered from heat stroke. According to authorities, it was approximately 79 degrees that afternoon, making the inside of the vehicle at least 10 degrees hotter. Florissant Valley Fire Protection District stated that Joseline was in the car with her parent when they arrived home the previous evening between midnight and 1 a.m.

A family friend said the parents are “traumatized” over the girl’s death, saying the child was left in the car by mistake. So far there have been no arrests made, but police are conducting a thorough investigation. A GoFundMe page has been created by Joseline’s grandmother, to help pay for the toddlers funeral expenses.

Leaving a baby in a hot car for 16 hours to boil to death is NOT a "mistake!" A mistake is locking your keys in the car not your baby😡 For 16 HOURS???? WHO would NOT miss their 11-month old baby in the first hour let alone 16hrs🤨 Baby Girl Joseline Eichelberger is w/God now🙏🏼

As temperature rise, it’s important to remember the dangers of leaving a child or a pet inside a vehicle. According to the National Safety Council, in 2018, 52 children died due to hot cars. It was the deadliest year on record in the past 20 years. Since 1998, over 800 children have died from vehicular heat stroke. Of those, 24 percent occur in employer parking lots while the parent or caretakers were at work.

Even on cloudy days, high temperatures inside vehicles can reach life-threatening levels. Unfortunately, many believe leaving the window slightly open help, but this is false. Children should never be left unattended or be able to get inside a vehicle. The three primary causes that result of children in hot car involve a caregiver forgetting a child in the vehicle, the children gaining access to the vehicle, or someone knowingly leaving a child in the vehicle.

NSC advises all parents to stick to a set routing to avoid a fatal incident and reduce the risk of forgetting a child. A good tip would be to place a briefcase or purse in the back seat, to force one to take a look before walking away. You should also keep the car doors locked so no children can gain access to them, and teach them to not play in cars. One should also remember that there is no safe time to leave a child in a car, even if you’re running a quick errand.