11-Year-Old Girl Stabs Teacher in Back, Gets Tased by Cops 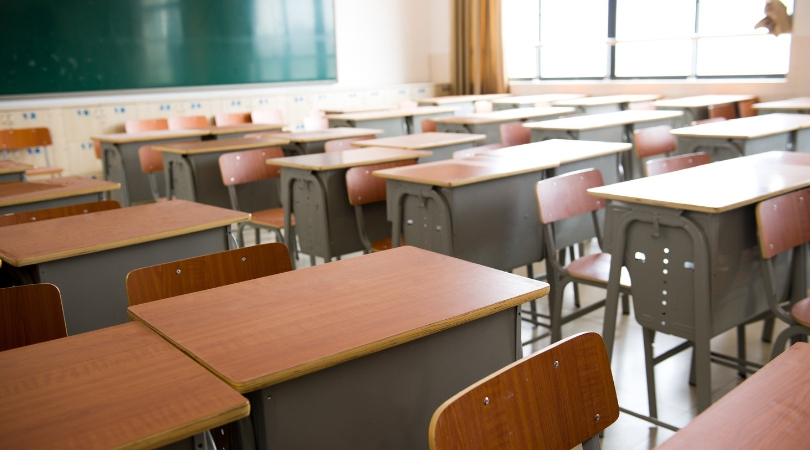 Public school teaching. What a thankless job, pretty much no matter where you do it. You wake up at like 5 in the morning for work. You drive to school in your beater of a car that way too many people — strangers and loved ones alike — view as a metaphor for your life. You arrive and pour yourself a cup of coffee that tastes like hot tap water filtered through dirt and chalk. The only kick you’re getting out of that cup is the mountain of sugar you pour into it to mask the coffee’s earthy empty dirt lot flavors.

Then you get into your classroom and kids look at you as both an evil authoritarian who wields their power like a monster and a loser. What? How is that even possible? It doesn’t matter. They justify feeling both. Then, just as you’re about to start teaching them their math lesson for the day some little girl stabs you in the back — literally, she shoves a blade into your back — and runs off. Puck you miss!

Might as well go work in the post office if you’re going to take that much crap at a government job. At least their people find it socially acceptable for you to fight the people you serve if they step out of line or get all stab-y.

The last part, the part about the stabbing, that is, happened to a teacher in Queensland, Australia recently. Some little brat straight-up stabbed her in the back. Then the little girl ran off. Then the police showed up and told her to drop the knife, but she wouldn’t, so they had to taser a member of the Disney Channel’s target audience until her body was pumped so full of electricity that she wouldn’t be physically able to stab anyone.

The little girl was arrested and charged with wounding, possession of a knife in a public place or a school, and threatening violence charges.