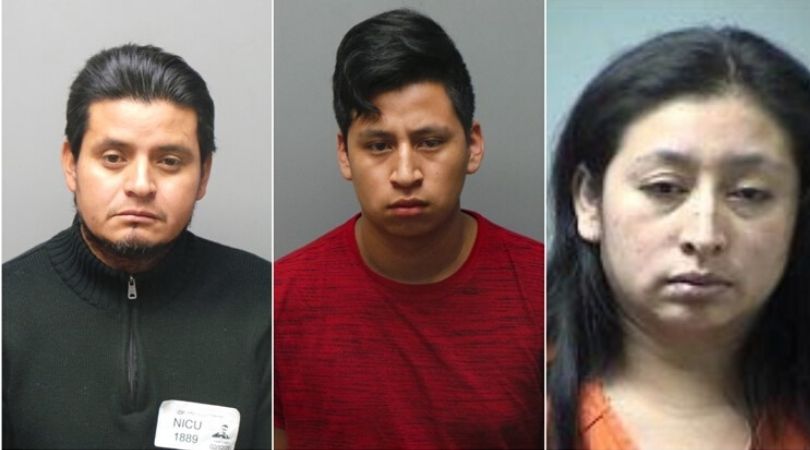 The relatives of an 11-year-old girl who gave birth in a bathtub in her St. Louis home are now facing criminal charges. According to authorities, an adult male and a female are charged with child endangerment. A 17-year-old male is charged with incest as well as statutory rape and statutory sodomy of a child younger than 12. Authorities state all three live in St. Charles.

According to the Associated Press, authorities began to investigate after the 11-year-old’s father, Francisco Javier Gonzalez-Lopez, and her mother, Lesbia Cante, brought the baby to a hospital on February 11, 2020. Charging documents state the baby still had the umbilical cord and placenta attached, with a body temperature of 90 degrees.

SICKENING: Three relatives of the 11-year-old girl who gave birth in the bathtub of her suburban home are facing criminal charges including incest and sodomy.https://t.co/NUCNacvEwi

The man had initially stated someone dropped the infant off on his front porch. He later admitted he was a family member and did not know the girl was pregnant or that she was being sexually assaulted until the 11-year-old gave birth. During questioning, the 17-year-old, Norvin Leonidas Lopez-Cante, told police he has sex with the girl at least 100 times but did not know she was pregnant. He admitted to not knowing when he first had sex with her, but it would allegedly happen twice a week.

Online court records state the woman is accused of failing to prove the girl with medical care when she gave birth. The man was charged and a bond was set at $10,000 cash only. Charging documents also note he entered the country illegally and was previously deported.

Another tragedy against a child

Bail was also set at $10,000 for the woman and $25,000 for the teenager. According To the Child Advocacy of Northeast Missouri, Inc, 1 in 4 girls and 1 in 6 boys are sexually abused before the age of 18. 90 percent of the time it is by someone the child knows and has a relationship with. Authorities stated the girl’s identity will remain anonymous due to her age and the severity of the case.