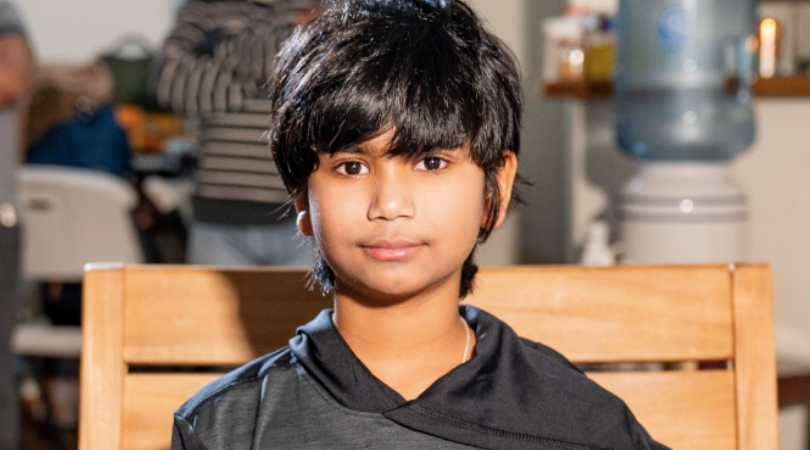 You know how they say that sometimes adrenaline gives one some sort of rush, followed by a supernatural strength? Well, I want to believe that this was the case for 11-year old Advaik Nandikotkur after he saved a man twice his size from drowning at his apartment complex pool.

Nandikotkur, who lives in St. Paul with his mother Lalitha Mareddy and his dad Raghu Nandikotkur, is the only one in his family who knows how to swim. Mareddy said she saw the unconscious man at the bottom of the deep end with his hand stretched out and mouth open. She immediately called for help but none of the nine men surrounding her knew how to swim.

Her husband tried to rescue the man in a floating tube but wasn?t able to go deep enough inside the pool, as it kept slipping from his hand. Immediately, her son, who weighs 80 pounds, decided to jump into the pool and save the man after remembering one of his exercises in swimming class.

This kid is pretty amazing. He pulled an unconscious man from a pool on Sunday. He along with his uncle have been nominate for the Eagan Police Department's "Life Saving Award." https://t.co/bGPGDPEP9P pic.twitter.com/Z9AccSJZaR

He had been taking lessons since his family moved from India to Minnesota three years ago. But, the boy was worried that the man, who weighed 100 more pounds than him, would be too heavy for him to carry alone. But, this is where the adrenaline kicked in, and the boy managed to pull him up to the surface. His dad then helped him move the man to the edge of the pool and one of his uncle proceeded to give the man CPR. Minute later, the man started moving his hands and eyes.

Officers who arrived at the scene called Advaik?s a hero, and applaud him for his actions, impressed with his modesty. As a thank you for saving his man, the rescued man thanked Advaik with a $50 Macy?s gift card. What a brave boy! Goes to show you that sometimes those swimming lessons are all worth it!