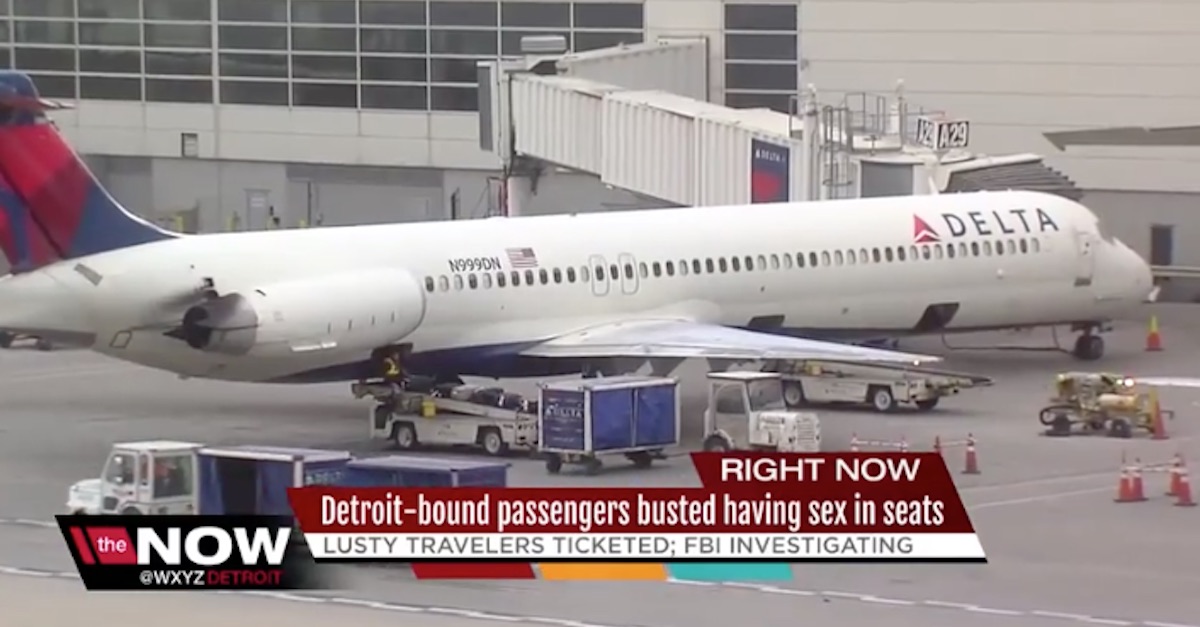 An unidentified 28-year-old man and 48-year-old woman who met on a Delta flight from Los Angeles to Detroit completely scandalized fellow passengers when they started having sex in public.

RELATED: Police are investigating a teacher who allegedly joined the Mile High Club with a student

While the man was on his way to Detroit to then fly to Miami, the woman was planning on heading to Nashville from there. In advance of having to wait for that connecting flight, they connected in a different way.

Fellow passengers witnessed the woman performing oral sex on a man 20 years her junior while they were in their seats, ClickOnDetroit reported.

Tracey Stulberg, who works at a Birmingham Family Therapy clinic specializing in sex therapy, told WXYZ that the passengers were not only engaging in “selfish” and “unacceptable” behavior, but also said that not even her patients would do something like this.

“I’m not sure what they thought, they were just acting out. For them not to take a look at the people around them and think maybe we should do this somewhere else, it’s really unacceptable,” she said.

An unidentified passenger told ClickOnDetroit that the presence of children, families and seniors on the plane “should be respected,” while another called the incident “inappropriate in a public space.”

Unsurprisingly, this exhibition turned out to be a bad idea, as the FBI is investigating. The woman involved was arrested on the plane and both were cited.

RELATED: Prostitute offers oral sex for $5 and a Beanie Baby

It’s not clear at this time how serious potential charges might be for sex on a plane.