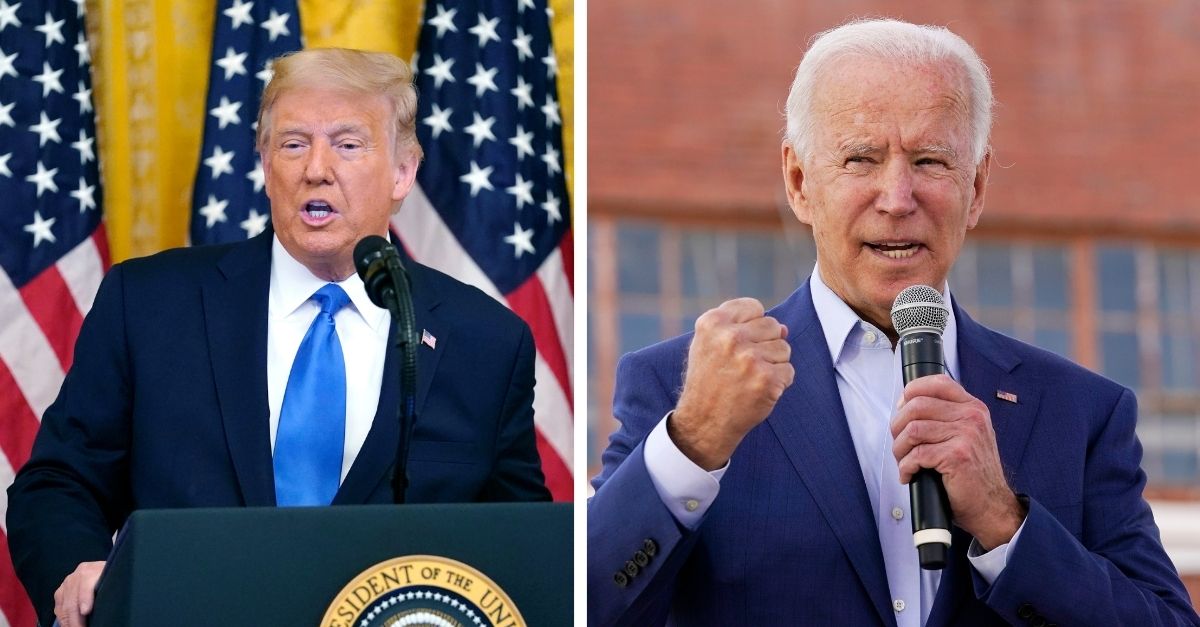 The official 2020 presidential debates are set to begin on Tuesday, September 29, 2020, between President Donald Trump and former Vice President Joe Biden. The first debate is scheduled to take place at Case Western Reserve University Cleveland. It will mark the first time the two candidates directly face each other. The debates have been highly awaited by Americans since the presidential race has heavily been altered by the Coronavirus pandemic.

President Donald Trump has held several rallies on the campaign trail, while Joe Biden has kept his public appearances social distance. The first 90-minute debate will be moderated by Chris Wallace, who is the host of “Fox News Sunday.” Wallace has previously been widely praised for the tough interview of President Donald Trump back in July. The debate will air from 9 p.m. to 10:30 p.m. Eastern time, with no commercials.

President Trump and Joe Biden will go head-to-head for the very first time ahead of the most important election in American history.

Here is everything you need to know about all future presidential debates.

After the first debate takes place Tuesday, Sept. 29, there will be another debate between the vice-presidential candidates, followed by two more presidential debates. The first debate between Biden’s running mate, Democrat Senator Kamala Harris, and vice president Mike Pence will be held on October 7th at the University of Utah and Salt Lake City. The debate is said to be moderated by Susan Page of USA Today who is the Washington bureau chief. The debate will be held from 9 p.m. to 10:30 p.m. eastern time, also with no commercial breaks.

The second presidential debate will be held on October 15th at the Adrienne Arsht Center for the Performing Arts in Miami, Florida. Like other debates, it will also take place from 9 p.m. to 10:30 p.m. Eastern. The moderator will be Steve Scully, who is a political editor of C-SPAN. Unlike the previous debates, it will be held in a town hall format with members of the public asking questions.

The final presidential debate will be held on October 22nd at Belmont University in Nashville, Tennessee. The debate will be moderated by Kristen Welker, who is NBC News’ White House correspondent. It is said to take place from 9 p.m. to 10:30 p.m. eastern with no commercial breaks. You can listen to all the debates on a live stream at WTOP.com. It’ll be available on the Big 4 networks which include CBS.

What Will the Debates Include?

The debates are said to be “no-holds-barred” political battles. But like previous debates, it will likely be more focused than the debates during the Democratic presidential primaries, where there were a dozen candidates on a single stage at once. While there have been several candidates over the years that have spent quite a bit of time prepping for the presidential debate, Donald Trump has indicated that he will not prepare beforehand.

The current president said that his work at the White House has prepared him for the debates. Joe Biden did state he doesn’t want to “get baited into a brawl” with President Donald Trump, but that he will be ready for tough and personal attacks all while trying to fact-check the president on his policy.

Are These Debates Likely To Change My Mind?

Topics for the first 2020 presidential debate chosen by moderator Chris Wallace. The event will take place on 9/29 at 9pm ET. @Newsy

The Trump and Biden Records
The Supreme Court
Covid-19
The Economy
Race and Violence in our Cities
The Integrity of the Election pic.twitter.com/g6wB420ncp

Unfortunately, there is no right answer to this question. According to experts, many voters make up their minds long before election day. Researchers have found that close to seven and 10 voters have their minds up at least 2 months before there’s an election. In this election, a poll suggests more than 90 percent of Americans have already decided who they will vote for in this presidential race. Voting has already begun in several states including Virginia, meaning many people have already voted before the first debate.

The first debate between Hillary Clinton and Donald Trump in 2016 was the most-watched presidential debate in television history. Polling afterward found that several people felt Clinton had won the debate, but it didn’t lead her to win in the Electoral College. But that being said, after an extensive study of the debate in the United States and other countries, experts have concluded that debates do not really have an impact on any group of Voters. Still, the circumstances in which these debates will be held, which is during the coronavirus pandemic that’s led to the greatest economic crisis since the Great Depression, would definitely be an intense interest.

How Will This Debate Be Different From The Others?

During the debate, Reagan responded to a question very straightforward noting that he would not make age an issue in the campaign. He stated, “I am not going to exploit, for political purposes, my opponent’s youth and inexperience.” After a shaky first debate, the exchange and second debate was the one that helped Reagan’s full numbers rise, eventually being re-elected.