PAINTSVILLE, Ky. — Authorities in eastern Kentucky are characterizing the shooting deaths of five people over the weekend as a murder-suicide involving multiple family members.

Johnson County Sheriff Dwayne Price said authorities in the eastern Kentucky community of Paintsville received a 911 call on Saturday afternoon about a shooting at a residence. Two victims were found dead in the kitchen. Price said after receiving a tip on the whereabouts of a suspect’s vehicle, three more bodies, including that of the presumed shooter, were later found at an apartment complex.

“This has been a horrific murder spree,” Price said in a Facebook post Saturday night. “The lives of four innocent victims were taken. The perpetrator then took his own life. There are no words to describe the heartbreak in seeing four lives taken due to the actions of one man. I have worked in law enforcement for 34 years. This is one of the most disturbing acts of violence I have ever seen.”

RELATED: Mother of Nicole Lovell, 13, stares down man accused of murdering her

The names of the four victims were not initially released and Price said later in another Facebook post they were killed in “a multiple murder of family.”

The victims have since been identified as Arlene Nickell and Wayne Nickell, the shooter’s parents, and Nickell’s girlfriend Lindsay Vanhoose and her mother Patricia Vanhoose, WYMT reported.

#BREAKING KSP has released the names of the victims in Saturday night’s murder-suicide in Johnson County. Arlene and James Nickell (shooter’s parents) and Lindsey and Patricia Vanhoose (shooter’s girlfriend and her mother) #WSAZ

“As officers, one of our first concerns is for the surviving family members. Our intent is to honor them with as much privacy as possible during their time of grief,” Price said on Facebook.

No further information was available. A message left for Price and Kentucky State Police, who are involved in the investigation, weren’t immediately returned Sunday.

“Working a murder is never easy,” Price said. “Working the murders of four innocent people that are part of your community is even tougher.” 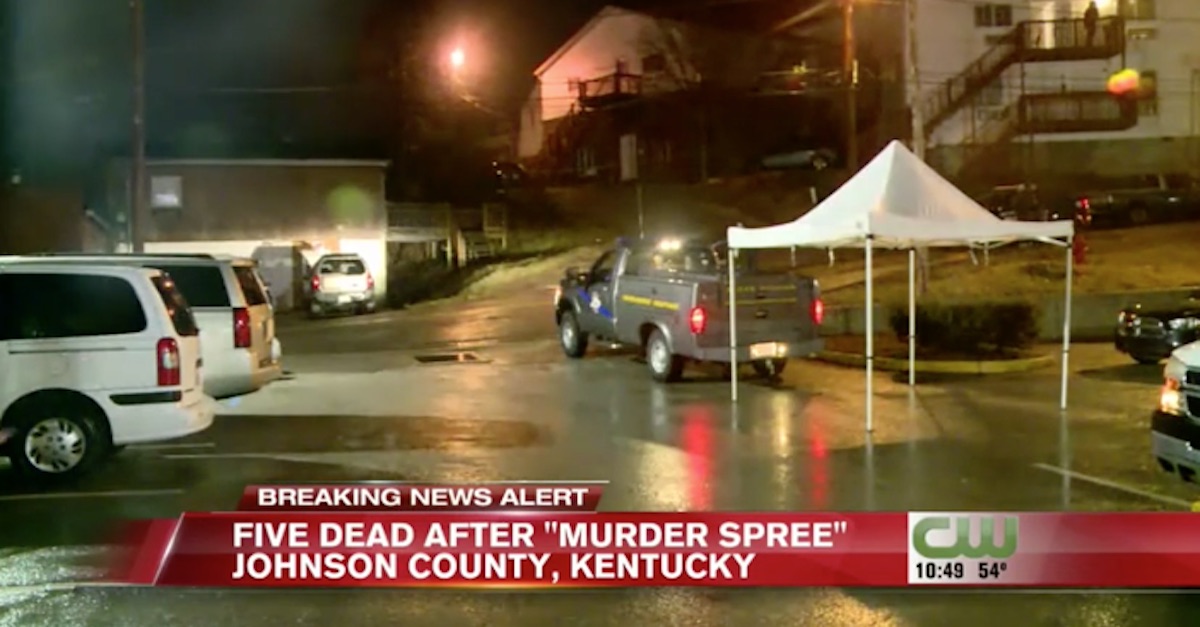